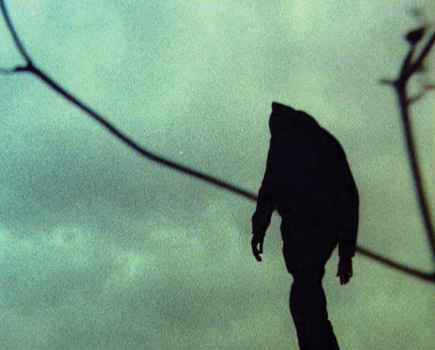 I’m very happy to announce we will have three amazing “Artists in Focus” as guests on next year’s Courtisane Festival, which will take place from Wednesday March 30 until Sunday April 3 2011, in various locations in Ghent (Belgium). These artists-filmmakers will present a combination of their own work – as screening and/or performance, in collaboration with selected musicians – and their personal sources of inspiration.

Here’s a preview. More news on the full programme will soon be available on www.courtisane.be. 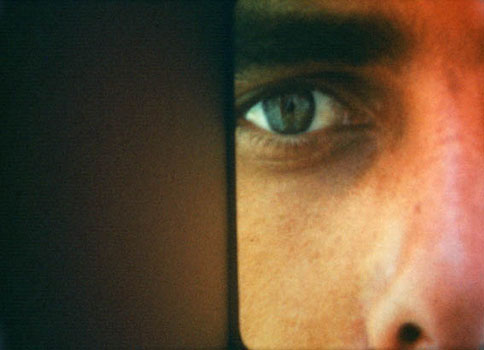 Robert Beavers (1949, Brookline, Massachusettes) is considered as one of the most important avant-garde filmmakers from the second half of the 20th century. Heâs also the most European of American artist filmmakers, since he has been living and working in Europe since 1967, shooting most of his films travelling between Italy, Greece and Switzerland, where the Temenos Archive is located. Founded by Beavers and the late Gregory Markopoulos, this archive preserves the entirety of their film oeuvre as well as all related documentation material. Until the late 1990s, Beavers rarely presented his films, but recently restorations of his films have been shown at the Austrian Film Museum in Vienna, Tate Modern in London, the Berkeley Art Museum and Pacific Film Archive in Berkeley and the Whitney Museum of American Art in New York. Having lived briefly in Belgium in the late sixties, this will be the first time in several decades that his work is screened here. “Since leaving the USA in 1967, Robert Beavers has laboured in relative isolation on works whose goal âis for the projected film image to have the same force of awakening sight as any other great image.â His meticulously crafted films are at once lyrical and rigorous, sensuous and complex. Whilst communicating his response to the landscapes, architecture and traditions of the Mediterranean and Alpine countries in which they were filmed, they also incorporate deeply personal and aesthetic themes. Rarely seen in public, Robert Beaversâ remarkable body of work is a celebration of light, life and colour.” (Mark Webber)

A selection of Robert Beavers’ work will be shown as part of the Courtisane festival in Ghent. The week after he will present several programs of his films at Cinematek, the screening theatre of the Belgian Royal Film Archive in Brussels.

Some texts, essays and interviews are available here and here 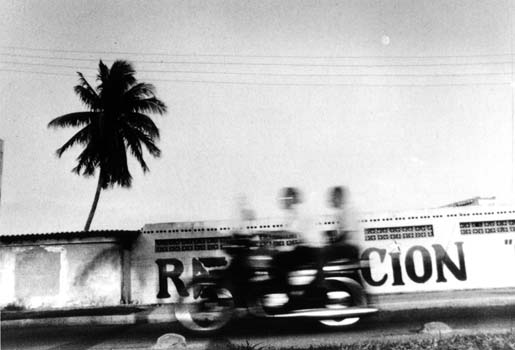 Robert Fenz (1969, Ann Arbor, Michigan) is among the more exciting and original young filmmakers working in and against the avant-garde tradition today. Fenz’s films, mostly shot in black and white 16mm, have a rare energy and restless beauty that recalls both the jazz-inspired imagery of New York School photographers such as Roy DeCarava and Aaron Siskin and the landscape films of one of Fenz’s former teachers, Peter Hutton. An inveterate traveler, Fenz has made films in Cuba, Mexico, Brazil and, more recently, India and France. His most celebrated work is the film cycle Meditations on Revolution, filmed over seven years (1997-2003), exploring the basic theme of revolution in its purest definition: the radical transformation of a subject from one state to another, and the various forms that transformation can take. Fenz has also worked as a cinematographer on several films including Chantal Akerman’s LÃ -Bas and De l’autre cÃ´tÃ© (From the Other Side) . He has recently finished two new films, one of which engages the cinematic legacy of anthropological filmmaker Robert Gardner.

Fenz’ cinematographic approach has been greatly informed by music, especially by jazz improvisation. One of his inspirators was composer and master improvisationalist Wadada Leo Smith (1941, Leland, Mississippi), whose incredible forty-year career has included performances and recordings with legendary musicians Anthony Braxton, Don Cherry and Cecil Taylor. “Studying music with Leo”, said Fenz in an interview,”reinforced my belief that I needed to go into the world with an idea â do research on a subject and arrive at a place where I would be prepared to adapt and change the film completely, in the moment”. The two met when Smith, who helms the CalArts program in African American Improvisational Music, taught the filmmaker. Later the trumpeter provided the soundtrack for Vertical Air (2000), one of Fenz’s best-known films. On the occassion of the Courtisane Festival, Wadada Leo Smith will perform live with a selection of Robert Fenz’ films.

Read an interview with Fenz and Smith here 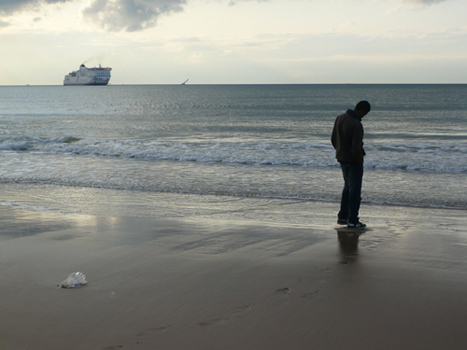 Sylvain George (1968, Vaulx-en-Velin, France) started making films in 2004, after his studies in philosophy. His work, influenced in particular by the thinking of Walter Benjamin, combines formal experiment with militant commitment. âThe ideaâ, he says, âis to make films that take a stand and assert a political position, and at the same time not to separate content from form; to be formally demanding and to manage to define an own view and grammar as a filmmaker.â Far away from any form of didacticism, his films depict and allegorise the struggles of the ânouveaux damnÃ©sâ, trapped between the rule and the exception: the stateless, the clandestine, the precarious. Most of his films explore issues related to immigration. His most recent work, Quâils reposent en rÃ©volte (des figures de guerre), gives an account of the living conditions of migrants in Calais over a period of three years (2007-2010). “Politically speaking, it is about standing up, contesting these grey zones, these spaces or cracks like Calais standing somewhere between the exception and the rule, beyond the scope of law, where law is suspended, where individuals are deprived, stripped off their most fundamental rights. And that while creating, through some dialectic reversal, the âtrueâ exceptional states. Space-time continuums where beings and things are fully restored to what they were, are, will be, could be or could have been”. Rebellion and redemption are at the heart of George’s films, which find, beyond the dominant order of the visible, true politics in the gestures, cries and bodies of those who are excluded.

Music is an important factor in the films of George, who especially likes to draw upon the ethos and energy of free jazz. On the occasion of the Courtisane Festival Quâils reposent en rÃ©volte (des figures de guerre) will be accompanied live by William Parker (1952, New York) for the first time. One of the most vital musicians in the experimental jazz scene in New York and beyond, Parker has played with various musicians such as Alan Silva, Rashid Ali, Cecil Taylor, Peter Brotzmann, Derek Bailey and Hamid Drake. His compositional skills span a range including operas, ballets and film scores. On the festival, Parker will play the double-bass solo, exploring the interface between bow and strings. As one commentator noted: “as if his bass were raw wood he was using to light an internal fire”.

More info on George can be found here

— The two performances are produced in collaboration with art centre Vooruit —