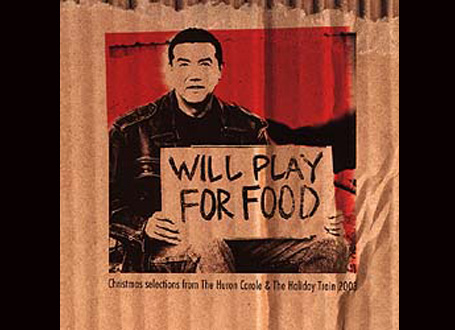 This summer the European commission has issued a proposal for the adjustment of Guideline 2006/116/ EC. Amongst other things it proposes to extend copyright protection for performing artists (and record labels) from 50 to 95 years. It was outlined by internal market commissioner Charlie McCreevy, who thinks it’s high time Europe turns copyright from an incentive system (as it was designed) into a “welfare system”. If so, Europe would move into line with the US.

The Financial times states: “the passage to date has not been entirely smooth. Two prominent commissioners – Italy’s Antonio Tajani and telecoms commissioner Viviane Reding – are thought to have opposed the move, on the grounds that it would mainly benefit top-selling artists and record companies. Additionally, it is claimed, there could be problems for cultural institutions that want to make archives available online.”

“Major record labels want to keep control of sound recordings well beyond the current 50-year term so that they can continue to make marginal profits from the few recordings that are still commercially viable half a century after they were laid down,” said a statement from Sound Copyright, a group of rights activists that lobbies against the extension. “Yet if the balance of copyright tips in their favour, it will damage the music industry as a whole, and also individual artists, libraries, academics, businesses and the public.”

Pekka Gronow writes: The gloomy picture painted by the commission – “performers facing an income gap at the end of their lifetimes” mainly applies to the one-hit wonder who made one record in his teens and has never since had any gainful employment. One might still argue that musicians deserve more. After all, composers and other authors are protected 70 years from their year of death (they got a 20-year extension from the EU ten years ago). As a recording may have more than a hundred right owners (every musician who plays on the record), it would not be practical to calculate the protection from the death of the performers, but under present laws, some musicians do live longer than the copyrights of the recordings they made in their youth. But no one will live so long that 95 years from first publication is necessary.”

Indeed, the issue of the extension of copyright in sound recordings has been a controversial one. Quite a few studies recommended that sound recording copyright protection be kept to the existing 50 year term. One of them was written by Andrew Gowers: “Our conclusions were roundly criticised by the music industry in particular for actually doing the non-revolutionary thing of leaving the status quo in place, i.e. 50 years’ term protection for sound recordings,” he said. “I could have made a case for reducing it based on the economic arguments.” The Commission, though, did not agree with Gowers’ analysis.

FT: “Any legislation, meanwhile, will need the backing of a majority of member states and the European parliament, and could face further hurdles then. Britain, for example, has expressed reservations in the past. But there are suggestions in Brussels that the go-ahead for copyright extension could be a trade-off for a separate, widely leaked decision by the Commission’s antitrust arm on the way “collecting societies” – whose job is to gather up and distribute music royalties – do business. “Under the draft antitrust decision, societies are likely to see their domestic monopolies over broadcast material broken down,” says the FT. “Instead, they would be encouraged to compete – by offering better administration – for the right to handle an artist’s performing rights”. Some officials say that the fact that both measures are likely to come up at the same meeting is “coincidence”. Others maintain that the two are connected.”

So, all of this might actually be a trade-off. Don’t get me wrong: the antitrust proposal would actually be a good thing – ask our public broadcaster about their troubles with the domestic collecting societies – but at this price? Pekka Gronow: “The inevitable conclusion is that the only beneficiaries of the proposed extension are the four largest record companies, the only ones with significant catalogues of recordings which would otherwise soon fall into public domain. The additional income from the extension will be so small that it will not encourage investment in new production. The benefits of the proposed extension will be much smaller than the social and cultural costs.”