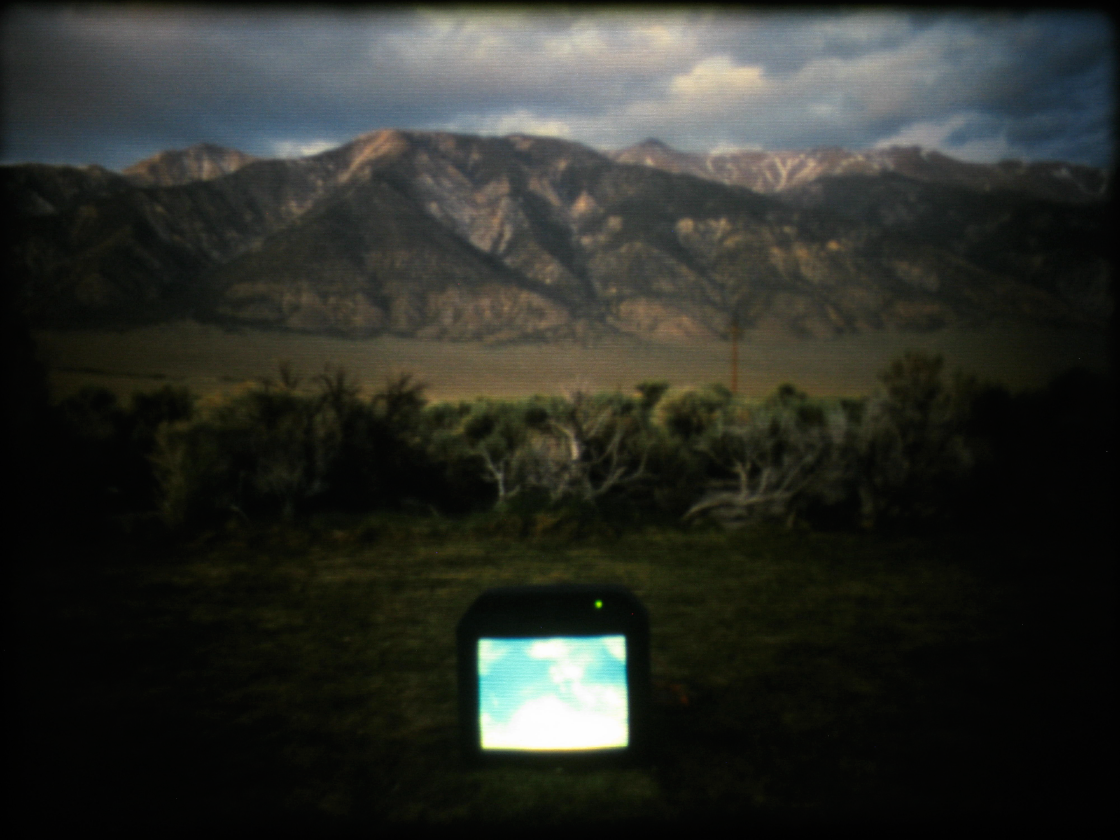 Courtisane is proud to present for the first time in Belgium a survey of the work of Laida Lertxundi (ES, 1981), one of the most talented young filmmakers working in the tradition of the avant-garde today. Lertxundi makes 16mm films with non-actors often shot within and around Los Angeles, where she’s been living for a number of years. Her films evoke external and internal spaces of intimacy, questioning how viewers’ desires and expectations are shaped by cinematic forms of storytelling, and searching for alternative ways of linking sound and music with found parameters, constructed situations and everyday environments. In recent years her work has been widely shown at festivals and venues such as MoMa, LACMA, the Viennale, the Rotterdam International Film Festival or the BFI London Film Festival. After having screened Cry When It Happens last year in the competition programme, Courtisane will once again showcase Lertxundi’s work during the coming Courtisane festival (21-25 March 2012), with the screening of her latest short film, A Lax Riddle Unit, which premiered last October at Views of the Avant-Garde during the New York Film Festival. As a prologue to this year’s festival, Courtisane will present at OFFoff four films by Lertxundi together with a selection of works by other filmmakers that have inspired her practice. 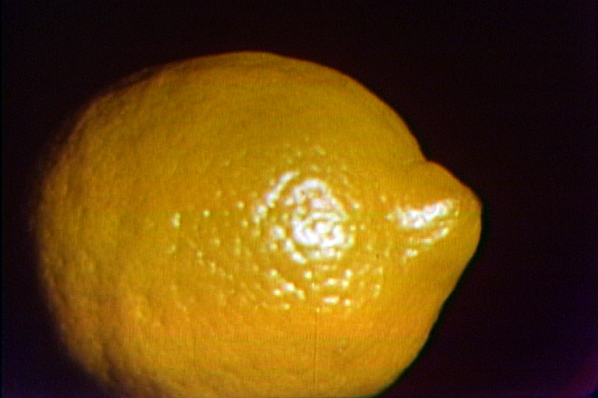 “As a voluptuous lemon is devoured by the same light that reveals it, its image passes from the spatial rhetoric of illusion into the spatial grammar of the graphic arts.” (HF) 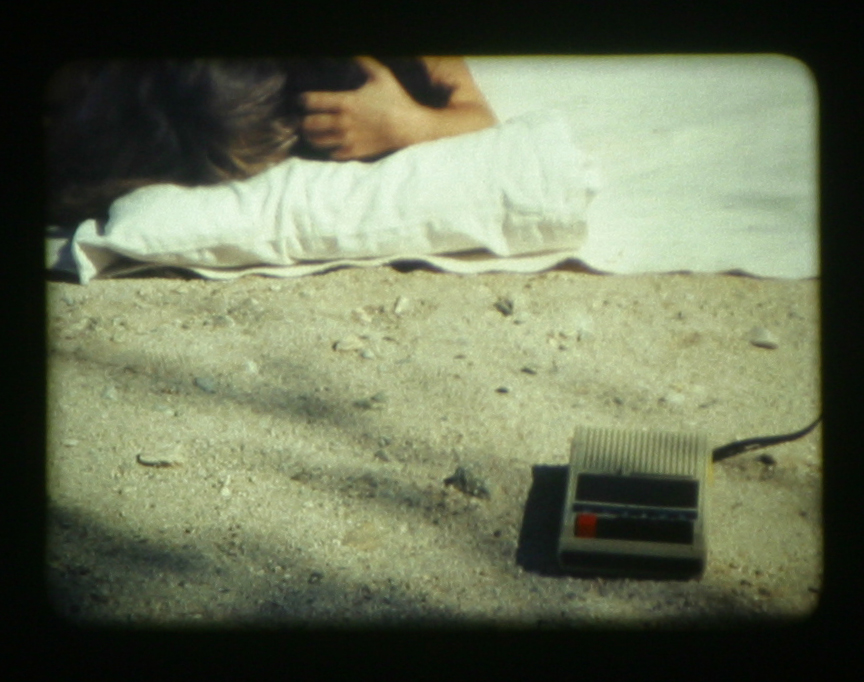 “Footnotes is most centrally about the presence of place, the house and the desert beyond, and the possibilities they seem to invite. narra- tives and relationships are only just hinted at and seemingly swallowed up by the surroundings. There is a subtle mysteriousness to the place that could easily have made it a site for terror, or at least danger, but this is constantly leavened by a gentle, disarming playfulness and teasing.” (Patrick Friel) 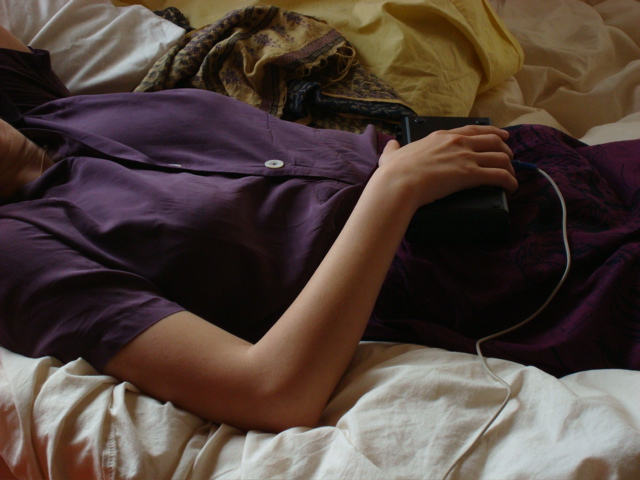 “As with her earlier film, Lertxundi is concerned with the feeling of a location. She creates an off-hand, casual tone that is both comfortable and slightly on edge. The effect is gentler here, but the cross-cutting at the beginning between a woman sprawled on a bed playing snippets of the 1961 Hoagy Landis song “My Tears Are Dry” on a portable cassette deck and a woman plucking discordantly on a guitar sets up an uneasy tension (a slight nod to the “Dueling Banjos” in Deliverance?). It’s the experimental film equivalent of lo-fi pop.” (Patrick Friel) 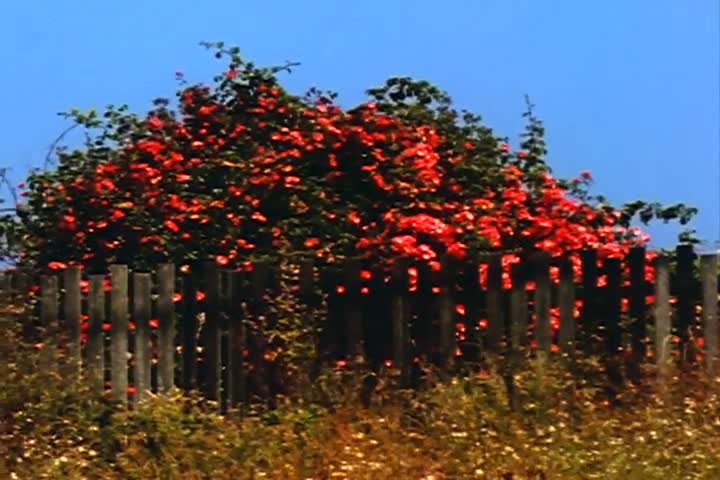 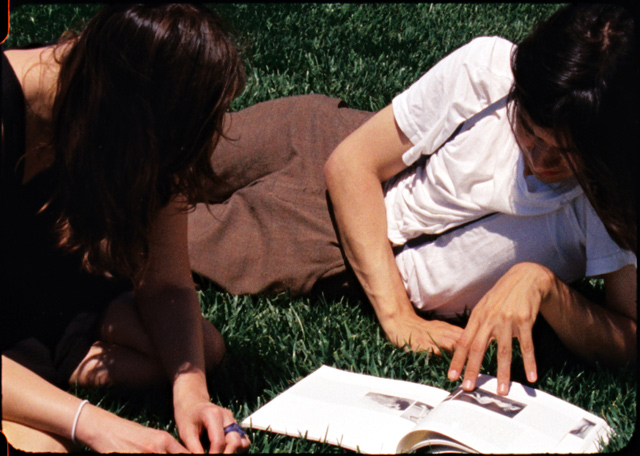 “Los Angeles City Hall is reflected onto the window of the Paradise Motel. It serves as an anchor for this traversal through the natural expanse of California. Here, we discover a restrained psychodrama of play, loss, and the transformation of everyday habitats. Music appears across the interiors and exteriors and speaks of limitlessness and longing.” (LL) 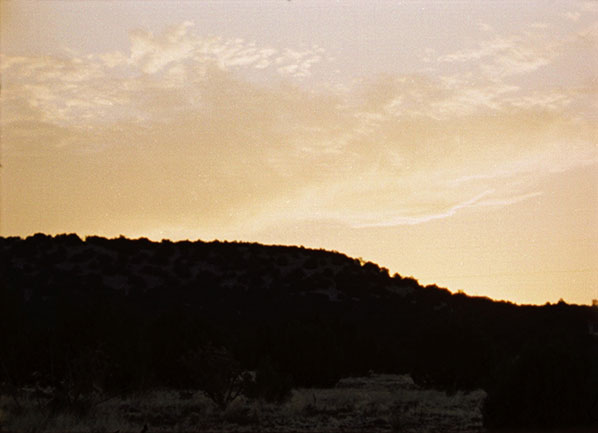 “In a Los Angeles interior, moving walls for loss. Practicing a song to a loved one. A film of the feminine structuring body.” (LL) 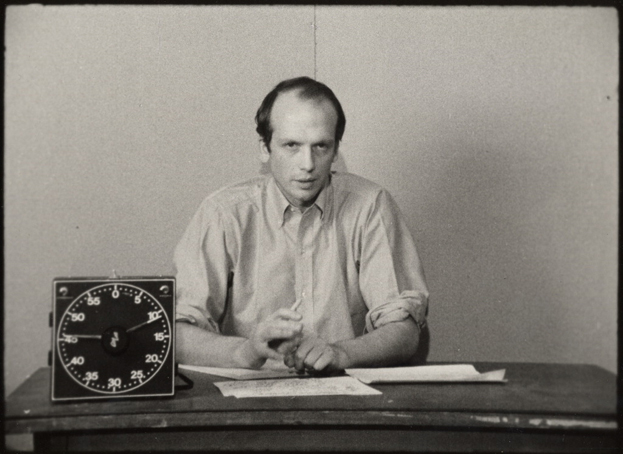 “Picture and Sound Rushes takes the form of a lecture in which his deadpan discourse describes the various permutations of sound/silence and picture/no picture. These states are demonstrated in the editing, which cuts between them at regular intervals (determined by dividing a roll of film equally by the total number of combinations), with no regard for the audience struggling to follow the dialogue”. (Mark Webber)