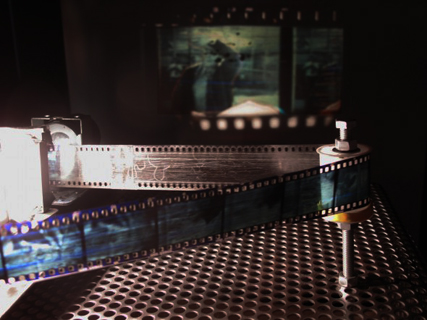 “For me, film criticism is not a way of explaining or classifying things, it’s a way of prolonging them, making them resonate differently”
– Jacques Rancière

How to write about cinema today? “For whom? Against whom?” wondered French critic Serge Daney in a fervent 1974 plea for the rethinking of the critical function of Cahiers du Cinéma at the time. For the late Daney, beyond all possible aesthetic criteria and related ways of assessment, film criticism always implied an intervention in the political or ideological arena. From this point of view, it is not enough to simply explain what is being told in a film – a tendency in most contemporary film criticism – it is at least as important to lay bare where, how and by whom it is told. With his emphasis on the ethical dimension of cinema, Daney was explicitly following the footprints of the cinephilic tradition, based on the idea that each cinematographic work represents a voice and a standpoint, a vision of the world that at the same time legitimises and organises the work. This is the critical guideline that Daney, self-proclaimed “ciné-fils”, would follow his whole life, from the glorious days of the “Cahiers Jaunes” in the 1960’s, through the political and social deadlocks of the 1970’s, to the confrontation with the expansion of television and information in the 1980-90’s. Today, almost two decades after his death, a question resonates unrelentingly: where to find the “critical function” Serge Daney devoted his life and work to ? What is left of the cinephilic thought, now that the way we understand and experience cinema has undergone such fundamental transformations? In other words, what does the contemporary cinephile stand and fight for in the post-cinematographic era?

Following the publication of the first Dutch translation of the writings of the influential French film critic Serge Daney (published by Octavo), BAM organises a series of events on the state of cinephilia and film critical thinking today in collaboration with Sint-Lukas, KASK and RITS and with the support of Bozar, ERG and Courtisane (curated by Stoffel Debuysere). During the months of October and November, and in conjunction with three masterclasses by Adrian Martin (20.10), Jonathan Rosenbaum (27-28.10) and Jacques Rancière (18.11), eight participants will be initiated into the problematics of film criticism in the course of a workshop led by Dana Linssen and Pieter Van Bogaert. At the occasion, Courtisane has launched the website www.cinefilie.be, where all the information on the project will be regularly published.