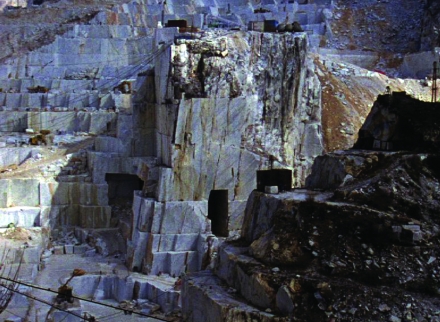 From the 19th century panoramas and Lumière’s single-shot studies to the work of Larry Gottheim, Rose Lowder or James Benning: landscapes have always taken up an important place in the (pre)cinematographic imagination. In turn the relation between cinema and landscape is part of a much longer history of fragmenting place and space, as an invitation to organized voyages inside the frame. The recent video work of Sophie Nys and Aglaia Konrad also solicit coordinated perspectives on the composition and texture of specific places: the ‘Parque do Flamengo’ in Rio de Janeiro and the Apuanian Alps in Toscany; for one the most ambitious creation of landscape architect Roberto Burle Marx, for the other the excisions of the marble out of which Michelangelo once sculpted his masterpieces. What both works make visible, under the surface of ruin and chaos, is what ultimately appears once the landscape is sculpted: architecture. 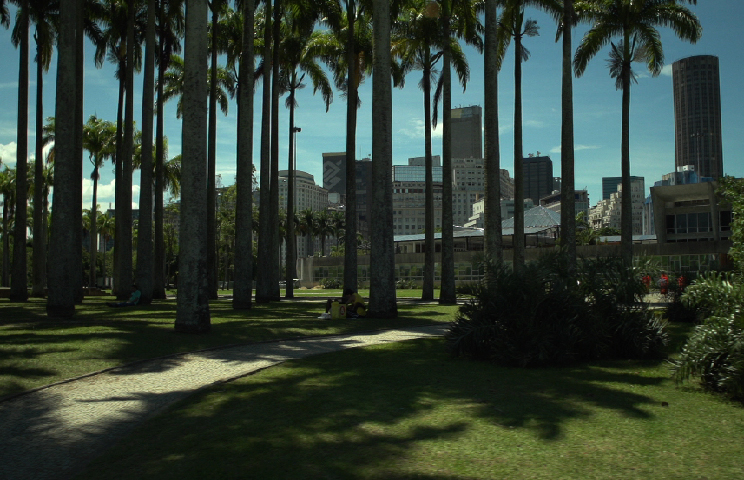 Drawn by her interest in history and architecture and the ambiguity which is emerging from modernist utopias, the Belgian artist Sophie Nys left in January 2011 for Rio de Janeiro to shoot the film Parque do Flamengo. From this a semi-documentary resulted whose main character is the Parque do Flamengo, a park designed by the landscape architect Roberto Burle Marx between 1954 and 1959. Simultaneously a painter, sculptor, poet and botanist, Roberto Burle Marx is known worldwide as one of the greatest landscape architects of the twentieth century. The film by Sophie Nys is a 45 minute tracking shot and represents the whole of the park as an isolated entity. The space is crossed from A to Z at a walking pace. As a stroll, the route follows the curved and sensual line of the park. The film is a physical and artistic portrait of the place, a recording of a living space between culture and nature. At Sophie Nys’s request, composer and musician Arto Lindsay composed an original sound track based on the plants that appear in the park. Faithful to her artistic practice, Sophie Nys develops a project which, behind a minimalist conceptual rigour, succeeds in revealing and eluding both the poetry and the absurdity of nature in a frame. Never objective, but always precise, the works of Sophie Nys evade historical and scientific linearity in favour of an approach based on intuitive research and free associations. 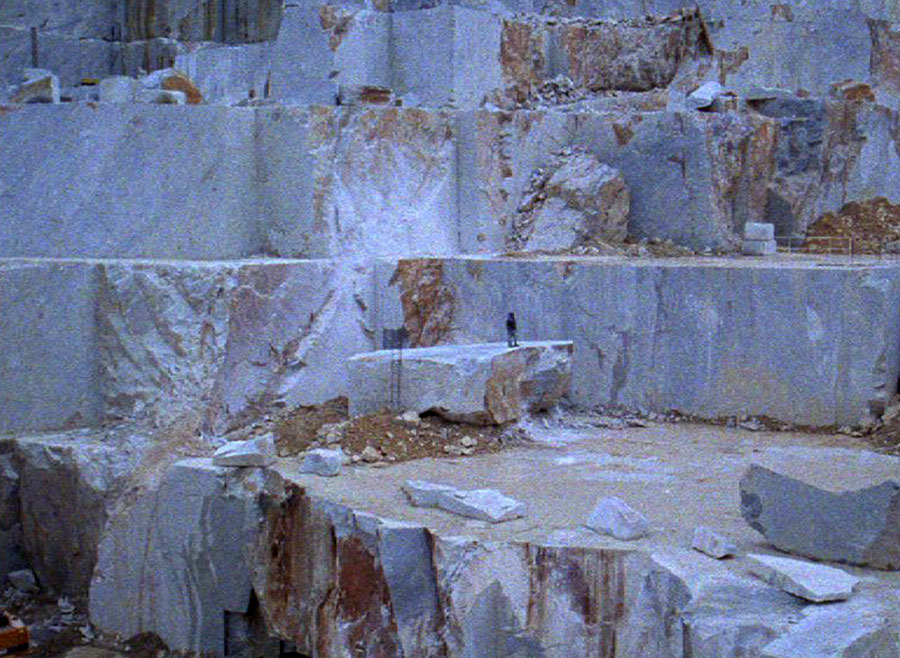 Concrete & Samples I, II, III is a series of 16mm films on sculptural architecture. What the buildings and site in all films have in common is the idea of ‘architecture as sculpture’ and a very distinct use of concrete that seem to depart from the free form of the whole in a sculptural manner. In the absence of a traditional narrative, it is the space itself, that takes the role of the protagonist, while the camera proposes a narration through its travel and observation.The film Concrete & Samples III Carrara, shows the marble quarry; within its ‘sculpted’ landscape, its temporary architecture and art-historical references form a more radical complement, to the two churches.