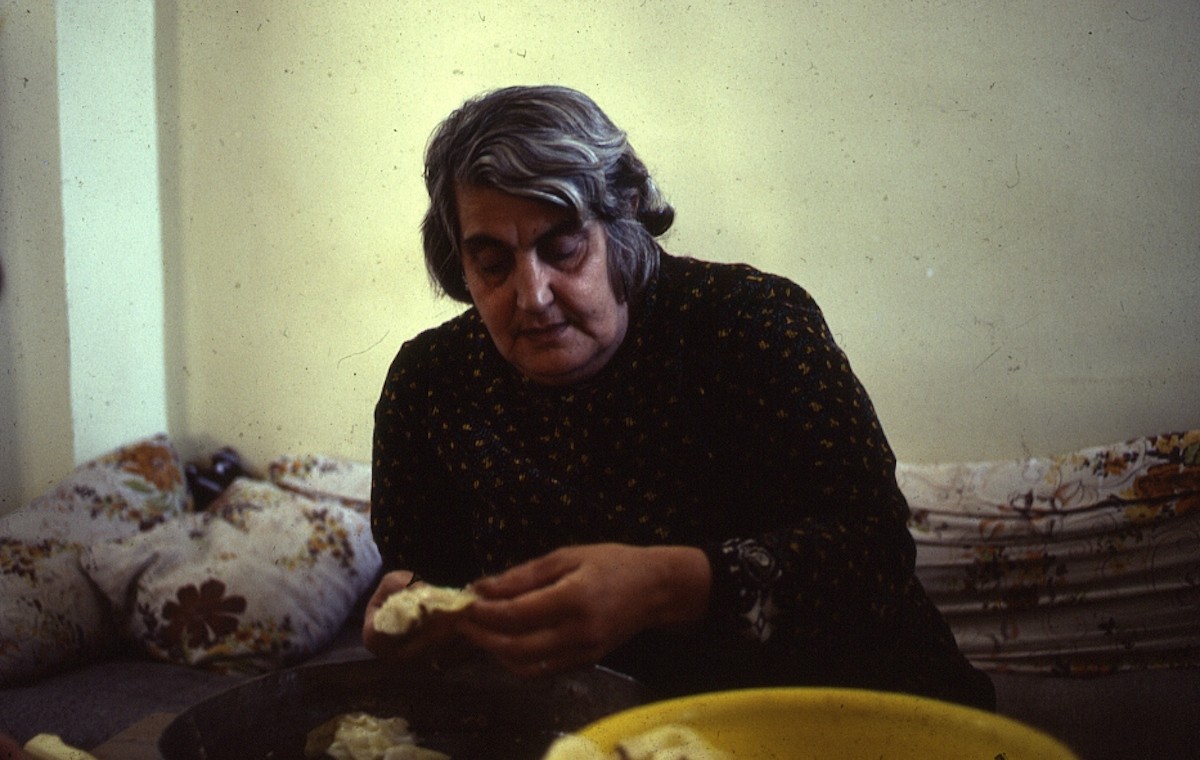 A conversation with Michel Khleifi, preceded by a screening of Fertile Memory (1980, BE/PS, 104’).

“Somehow, Khleifi has managed in his film to record Farah’s first visit to her land. We see her step tentatively onto a field; then she turns around slowly with arms outstretched. A look of puzzled serenity comes over her face. There is a little hint on it of pride in ownership. The film unobtrusively registers the fact that she is there on her land, which is also there; as for the circumstances intervening between these two facts, we remember the useless title deed and Israeli possession, neither of which is actually visible. Immediately then we realize that what we see on the screen, or in any picture representing the solidity of Palestinians in the interior, is only that, a utopian image making possible a connection between Palestinian individuals and Palestinian land.”
– Edward Said

It’s been thirty years since Edward Said wrote this passage, as part of a reflection on the Palestinians’ experience of dispossession and exile. For Said, Michel Khleifi’s Fertile Memory managed to call up, with astonishing precision and beauty, the painful memory of his mother and all those who had their identity taken from them by Israeli colonialism. In seeing the moment when Farah Hatoum sets foot on her land after having stubbornly refused to accept attempts by settlers to legalize its expropriation by buying it, Said was reminded of how separated he was of the experience of an interior that he could himself not inhabit. “At once inside and outside our world”: that is how he described the exile experience, one that Michel Khleifi himself is not unfamiliar with. In September 1970, the month that became known as “Black September,” he left the city of Nazareth in Galilee and settled in Brussels, where he commenced theater and television studies. It was only a decade later that he returned to his place of birth to shoot his first documentary film, which became Fertile Memory. It tells the tale of two women, one of whom, Farah, is Khleifi’s maternal aunt, a widow in her fifties who was compelled to work in an Israeli textile factory after her land was seized. The other is Sahar Khalife, a novelist whom Khleifi had gotten to know through her writing, in which she examines the struggle of Palestinian women. The intimate portrait of both women reveals the traces of a double occupation in their lives: not only do they suffer from the Israeli domination but also from the restrictions imposed on them by the patriarchal society. By focusing on the land as a symbol of Palestinian identity and taking in account internal contradictions in the fight for emancipation, Khleifi’s film marked an important shift in the history of Palestinian cinema. Rather than offering an image of unity and homogeneity, Khleifi and other filmmakers who would follow in his footsteps endeavored to re-envision Palestine as a heteroglossic multiplicity of trajectories and temporalities. The experience of dispossession is captured in its lived complexity, showing both resilience and diversity under occupation.

Much time has passed and many things have changed in the dynamics of dispossession since Michel Khleifi made Fertile Memory. The film was finished right before the first Lebanon war broke out, several years before the beginning of the first Intifada and more than a decade before the Oslo Accords. It was made more than two decades before the Israeli Security Fence began to scar the landscape and a UN Committee would conclude that Israel is engaging in apartheid practices, in violation of countless international laws. Today, violence is once again on the rise and a solution seems to be further away than ever before. Meanwhile, the land of Palestine is increasingly being severed and fragmented, further eroding claims of Palestinian ownership. As the continuity of their land gradually disappears from the life of Palestinians and the dominant narratives claiming the unavoidability and irreversibility of the Israeli-Palestinian conflict gain evermore traction, more and more activists insist that any move towards possible futures must begin with memory. In a time when all possibilities seem to be suffocated in the stranglehold of an unforgiving “realism”, could those “utopian images” that Edward Said discerned in the work of Michel Khleifi still be of use as prisms to imagine the impossible?