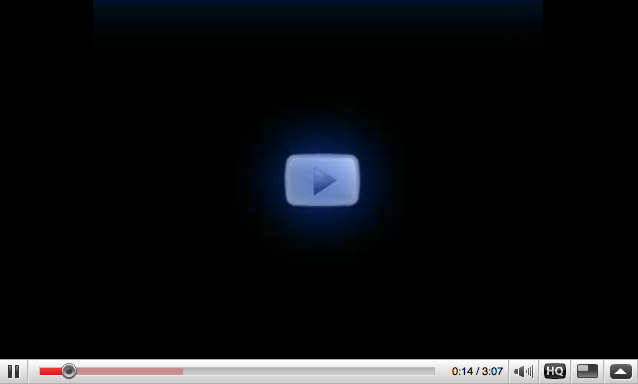 Two years after its first edition, Video Vortex returns to Brussels, this time hosted in one of the great icons of mid 20th century modern architecture: the Atomium. During these past two years, the conference series – which focuses on the status and potential of the moving image on the Internet – has visited Amsterdam, Ankara and Split, growing out into an organised network of organisations and individuals. Time for an interim report, perhaps. We asked some participants of the first Video Vortex editions and publication, as well as new ones, to reflect on recent developments in online video culture. Over the past years the place of the moving image on the Internet has become increasingly prominent. With a wide range of technologies and web applications within anyone’s reach, the potential of video as a personal means of expression has reached a totally new dimension. How is this potential being used? How do artists and other political and social actors react to the popularity of YouTube and other ‘user-generated-content’ websites? What does YouTube tell us about the state of contemporary visual culture? And how can the participation culture of video-sharing and vlogging reach some degree of autonomy and diversity, escaping the laws of the mass media and the strong grip of media conglomerates?

Full program on www.cimatics.com. On Friday Night there will be a lively event with screening (a programma of video works selected by Maria Palacios Cruz & Stoffel Debuysere, and a selection by Constant Dullaart), a performance by Tuk & Kurt D’Haeseleer, and Dj’s.

Andrew Clay
Andrew Clay (GB) is Principal Lecturer in Critical Technical Practices at De Montfort University, Leicester and programme leader of BSc (Hons) Media Technology in the Faculty of Computing Sciences and Engineering. He has published articles on British cinema and authors the blog Every British Feature Film 2009. He is currently researching the theory and practice of online film.

Stephen Crocker
Stephen Crocker (CA) writes about media, social theory, philosophy and the sociology of the image. He is an associate professor of sociology and assistent director of the Humanities Program at Memorial University of Newfoundland. His work has appeared in, among other places, Philosophy Today, Topia, Cultural Values, Continental Philosophy Review, Ctheory, and various anthologies. In his essay ‘The Fogo Process: Participatory Communication in a Globalizing world’, he situates the Fogo process in Newfoundland within the history of endeavors to use film/video media to promote social change.

Stefaan Decostere
The work of Stefaan Decostere (BE) follows various directions, but is always – directly or subversively – bound to a resistance to the media within which he works. For several decades, Decostere worked in public broadcasting, producing ‘television without television’ in works that used kaleidoscopic language and incorporated formal techniques from video art. In 1999 Stefaan Decostere founded CARGO, a context in which he could investigate the effect of the new technologies on the ways we develop media. He worked with Paul Virilio, Henri-Pierre Jeudy, Geert Lovink, Arthur Kroker, Rosi Braidotti and Matthew Fuller and recently presented the the installation arena WARUM 2.0 at STUK (Leuven) and V2 (Rotterdam). In a previous edition of Video Vortex he introduced the concept of ‘impactology’, a science of the technics of impact. In the meantime he has expanded this new field of knowledge, in a search to define “impact”, to analyse and chart it, and to study its political consequences.

Constant Dullaart
The work of Constant Dullaart (NL) investigates new modes of constructing and relating meaning brought about by the Internet. He uses found or borrowed material which he remixes, edits, or alters to create a fresh work which challenges our relation to the original context. He teaches at the Gerrit Rietveld academy, and curates several events in Amsterdam, such as the periodically held ‘Lost and Found’ evenings, and the recently finished the exhibition ‘Contemporary Semantics Beta’ in Arti et Amicitiae.

Johan Grimonprez
In his work, which includes the seminal DIAL H-I-S-T-O-R-Y (1997), media artist Johan Grimonprez (BE) mainly investigates the use of mass media as a political instrument and the construction of realities in an era of infotainment and media saturation. The overall focus in his earlier work is on the idea of ‘zaptitude’ – the surreal poetry of the ‘channel hopping’, which enables the TV spectator to write his/her own story. In the ambulant video library project Beware! In Playing the Phantom, you become one (1994–1998) Grimonprez also questioned the image of the spectator as a passive consumer. Recently he created Manipulators (2005-2007), along with curator Charlotte Léouzon, a “You-Tube library” variant. In his talk he will reflect on the transition from “zapping” to “skipping”.

Liesbeth Huybrechts & Rudi Knoops
Liesbeth Huybrechts (BE) is doing a Phd research in Cultural Studies on the use of new media as critical things in participatory design and art projects. She is researcher and teacher in higher art education at the Media & Design Academy in Genk. Liesbeth is active as editor of the e-culture blog of the Flemish Government. She is part of a research group Interface-Our-Space, focusing on the role of new media in an artistic and museal context. Rudi Knoops is lecturer and researcher at the Media & Design Academy in Genk, focussing on the audiovisual aspects of new media. He investigates how interactive media can make museum collections more accessible in a playful way, and he is currently exploring possible forms of interaction and ‘remediation’ between musical polyphony and audiovisual form in a research project in the arts “MULTIPLE voice/vision”. In their talk they will explore how to transform video channels into full-fledged playful objects.

Oliver Laric & Aleksandra Domanovic
Berlin based artists Oliver Laric (born in Turkey) and Aleksandra Domanovic (born in Serbia,) are, together with Christoph Priglinger and Georg Schnitzer, two of the co-founders of the platform VVORK. Their work is adept at subtle restructuring of existing popular media. With gentle emphasis they diverts images, turning them in on themselves to such a degree that they come to reflexively represent their own critique.

Elizabeth Losh
Elizabeth Losh (US) is the Writing Director of the Humanities Core Course at the University of California, Irvine, and author of Virtualpolitik: An Electronic History of Government Media-Making in a Time of War, Scandal, Disaster, Miscommunication, and Mistakes (2009), which analyzes four trends in official rhetoric: public diplomacy, social marketing, risk communication, and institutional branding. She writes about institutions as digital content-creators, the discourses of the “virtual state,” the media literacy of policy makers and authority figures, and the rhetoric surrounding regulatory attempts to limit everyday digital practices. She has published articles about videogames for the military and emergency first-responders, government websites and YouTube channels, state-funded distance learning efforts, national digital libraries, political blogging, and congressional hearings on the Internet.

Rosa Menkman
Rosa Menkman (NL) is a visualist who focuses on visual artifacts created by accidents in digital media. The visuals she makes are the result of glitches, compressions, feedback and noise. Although many people perceive these accidents as negative experiences, Rosa emphasizes their positive consequences. By combining both her practical as well as an academic background, she merges her abstract pieces within a grand theory artifacts (a glitch studies), in which she strives for new forms of conceptual synesthesia. She has shown her work at festivals like Haip (Ljubljana), Cimatics (Brussels), Video Vortex (Amsterdam) and Pasofest (Ankara) and collaborated on art projects together with Alexander Galloway, Govcom.org, Goto80 and the internet art collective Jodi.org.

Keith Sanborn
One of the major principles in the work of media artist and theoretician Keith Sanborn (US) is the investigation of public images and private perceptions. In his recent work he re-contextualizes web footage, partly as commentary on the current exploitation of user-generated content on such platforms as ‘YouTube’. Sanborn feels this “new” spectacle is less based on a collection of images, than on interhuman relations, mediated through images. Resistance requires bringing forward the background to the foreground. “Don’t pay attention to the tiny man behind the curtain” – indeed: pay attention to the curtain. “In a necessary irony, my work functions by translating the offerings of YouTube.world to other contexts, repurposing them as commentary upon that context, demonstrating, if nothing else, that there is a world beyond YouTube.world”.

Brian Willems
Brian Willems (US) teaches literature and media culture at the University of Split, Croatia. He is the author of Hopkins and Heidegger (Continuum). Essays on the intersections of literature, media and philosophy have appeared or are forthcoming in From A to < A >: Keywords in Markup, Battlestar Galactica and Philosophy, Electronic Book Review, Poiesis, Symposium, artUS and elsewhere. His creative work has appeared in The Antoich Review, Salzburg Poetry Review, Prague Literary Review, Identity Theory and elsewhere. In his talk he will argue that there are qualitative differences involved in an exegesis of YouTube video. These differences are found in the ability of YouTube and its ilk to make a de Manian blindness of reading visible. Such blindness is made manifest through the inability of YouTube to read itself, an inability which is actually made visible through tags and other metainformation.

Simon Yuill
Simon Yuill (GB) is an artist based in Glasgow, Scotland. He is developer in the Social Versioning System (SVS) and spring_alpha/SVS projects. He has helped to set up and run a number of hacklab and free media labs in Scotland including the Chateau Institute of Technology (ChIT) and Electron Club, as well as the Glasgow branch of OpenLab. He has written on aspects of Free Software and cultural praxis and has contributed to publications such as Software Studies (MIT Press, 2008), the FLOSS Manuals and Digital Artists Handbook project (GOTO10 and Folly).