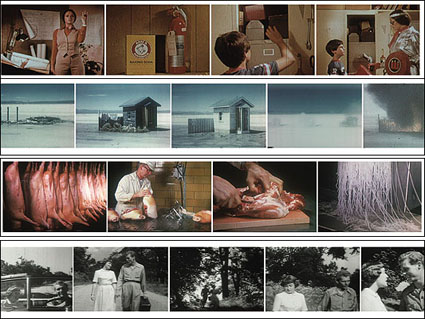 Looking forward to the ‘Economies of the Commons’ conference, that will take place in Amsterdam on April 10 – 12. This conference on “the economies, sustainability, and opportunities for creative reuse of these public audiovisual resources and archives” is organised by De Balie, the Netherlands Institute for Sound and Vision in Hilversum, in collaboration with Knowledgeland, Images for the Future, and Virtual Platform and brings together the likes of Peter Kaufman (Intelligent Television), Rick Prelinger (Prelinger Archives), Roei Amit (INA), Kenneth Goldsmith (UbuWeb), Florian Schneider (Kein.tv) David Bollier (On The Commons), and many others.

the main issues are:
– What kinds of strategies are available to facilitate the growth of these emerging public knowledge resources, and guarantee their longer-term sustainability?
– How is value created around the emerging digital commons, and how can this value be capitalised on for the public good?
– How can these resources be activated as a creative productive force for contemporary culture, and how can the reuse of these enormously rich resources be facilitated and stimulated?

Meanwhile, the flood of online audiovisual content is growing out of proportions: During a panel at the Media Summit in NY on March 12, YouTube Inc. ‘s Philip Inghelbrecht, strategic partner development manager, dropped this nugget of information: Ten hours of fresh content is uploaded to YouTube every minute! “If you can’t solve the search question quickly enough that’s a problem,” said Inghelbrecht.

In this article, Frank Smith, has some interesting remarks: “But this explosion of digital content could come at a cost. A study released by IDC sponsored by information management firm EMC Corp. (NYSE: EMC) found that the total volume of digital content being produced today has exceeded existing storage capabilities. IDC estimates that 281 billion Gbytes were uploaded in 2007, which amounts to about 45 Gbytes of content per each human on earth. Increased use of digital televisions and camcorders, part of YouTube’s stock in trade, is where the greatest amount of this content is coming from. It leads one to wonder if search rather than storage is going to be the biggest hurdle for YouTube to cross in the future.”

(by the way, I recently stumbled upon the Search-in-Video application, developped by Reuters and powered by Viewdle, a video indexing platform that includes face-recognition technology for true, real-time and contextually-relevant appearances of people on screen. “A new way to search, Viewdle gets you from query to relevant clip in seconds. No more waiting for download or buffering to check the relevancy of returned results. No more irrelevant search results. No more searching for just “files” when you can narrow in on precise moments. Search-in-Video helps you find the information you need — fast”)

Anyways, Smith continues: “Search factored in big at the panel Hollywood and the Digital Consumer, with Inghelbrecht suggesting that Google (Nasdaq: GOOG) isn’t done making big moves in advertising. ‘If you can solve the search question and then catapult into the advertising business, a Turkish airline can automatically know there’s a video of Turkish folklore dance on YouTube and create a bigger market.’ But what if this content is owned by someone else? ‘If the copyright content appears on YouTube or any other Web platform, the knee-jerk reaction is to take it down,’ said Inghelbrecht. ‘The person who uploads Entourage is probably the biggest Entourage fan. So the question we ask ourselves is not only how do we detect copyrights but turn them into opportunities?’

The question about business models is a pressing one – one that is being examined in lots of public sponsored projects worldwide, including BOM-vl here in Flanders and Images of the Future in the Netherlands. It’s clear to all parties, including publishers and broadcasters, that the traditional business model for the distribution of information has been challenged in fundamental ways, now that new audiovisual, digital and network technologies have made the production, reproduction and dissemination of all kinds of data relatively cheap and easy (although the current legal constructions aren’t equiped at all to handle the resulting social and cultural paradigmas). Harry Verwayen of Images of the Future gives the example of publishers in the academic field, who traditionally operated in a closed environment where they sold packages of journals and books through an annual license to libraries, are now exploring models in which authors are paying for the publication service in exchange for posting in so-called ‘open access‘ journals, where access is free at the point of use. “In this particular case it looks like a suitable business model has been found, as this model takes advantage of the power of the internet and leads to a greater return on investment for authors (visibility) while securing revenues for the service providers (publishers). The audiovisual industries are facing similar issues but have yet to find a grip on the situation; content is more often than not available for free through P2P networks therefore a large part of the incentive to go to a shop and buy a cd or film has vanished. As we are digitizing vast amounts of audio-visual cultural heritage we are facing the same questions: what models can be developed that fulfill the need for broad accessibility for the public while securing a solid return on investment for owners of the material (authors, producers, directors, etc).”

Some, like Chris Anderson (the propagator of the ‘Long Tail’ theory), in his forthcoming book’ Free’, believes that ‘free’ will be the leading business model in the networked media society. Until recently, ‘free’ was really just the result of what economists would call a cross-subsidy: You’d get one thing free if you bought another, or you’d get a product free only if you paid for a service. But now that the cost of processing power, bandwidth and storage is falling fast, the so-called “freeconomics” is growing out to be a full-fledged economy, and no longer a marketing gimmick. See for instance the recent booming of free music offerings, and of course the services of YouTube or Google, free to users while advertisers pay the bills. Anderson writes: “The Web is all about scale, finding ways to attract the most users for centralized resources, spreading those costs over larger and larger audiences as the technology gets more and more capable. It’s not about the cost of the equipment in the racks at the data center; it’s about what that equipment can do. And every year, like some sort of magic clockwork, it does more and more for less and less, bringing the marginal costs of technology in the units that we individuals consume closer to zero. (…) The Web has become the land of the free.”

The result is an “economy of abundance”, in which resources should be used with abandon, without concern for waste, so choices are actually deferred to the end users – but this also implies that succes is dependent on attracting and keeping users, as benefits are increased as the number of users increase. This is also related to the “freemium” model (term coined by Fred Wilson) that his being used by “web 2.0” companies like Flickr and Linkedin. It basically works by offering basic services for free, while charging a premium for advanced or special features – what Kevin Kelly calls “generatives”. Other categories of the pricelles economy are, according to Anderson, advertisements (google just released a beta service of video advertisements: Adsense for Video ), the good ol’ Cross-subsidies, and the free-to-all models, like communities sharing their music or videos just for the fun of it (“Zero marginal cost”), Free services in exhange for ratings like Digg (“Labor exchange”) or the real “Gift economy”, which goes to show that money can’t be the only motivator. But Anderson’s theory might not be as stable as it looks, as Andy Oram recently stated in his comments. He thinks that information’s current state is highly volatile and that the ‘free’ phenomenon will be driven in very different ways from the six models mentioned. to be continued.

(Image above: still scenes from Rick Prelinger’s ”Panorama Ephemera’ from 2004, composed of sequences drawn from a wide variety of ephemeral (industrial, advertising, educational and amateur) films form the Prelinger Archive. Available on Archive.org, released under a Creative Commons Licence)