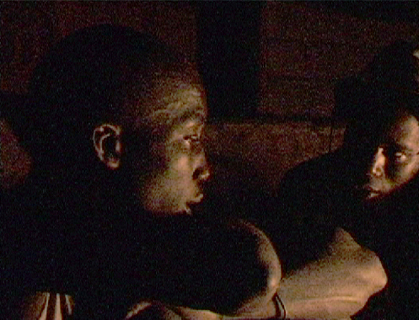 9 November 2011, 21:00. Beursschouwburg, Brussels.
A Courtisane event, in the context of the S.H.O.W. (Shit Happens on Wednesdays) series.

What happens when the conventional angle of vision is displaced, the prevailing forms of identification challenged, the certainties of time and place undone? What is awoken is the capability in each of us to become a foreigner in the arrangement of places and paths we generally call “reality”. What opens up is a space where all speech is understood as voice, where every expression counts as an utterance.

“How can one be sure that the human animal mouthing a noise in front of you is actually voicing an utterance rather than merely expressing a state of being? If there is someone you do not wish to recognize as a political being, you begin by not seeing them as the bearers of politicalness, by not understanding what they say, by not hearing that it is an utterance coming out of their mouths.”
– Jacques Rancière 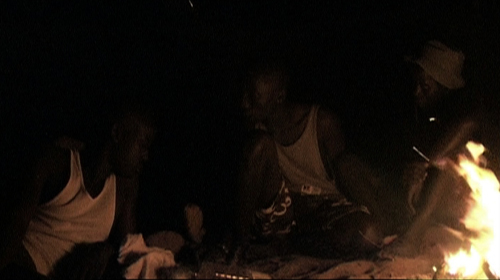 “To start with Moonfleet and Jamaica Inn, we all remember the tales of ships being lured by shipwreckers to break on the rocks. The close-up of the rotating lighthouse lenses, which is the closing shot of Atlantiques, immediately calls this to mind. There is no port behind this lighthouse, only the night and the icy waters of death, the mirage of a Europe where life seems easier but inaccessible, the gaunt shadow of an Eldorado that is not so, even if, like all Western powers it feeds off the exhaustion of the world’s poorer regions. ‘Good bye, I am leaving to die, this is not to be said’, Seligne confides to his friends on the beach. As the survivor of a shipwreck that haunts him, he is nonetheless determined to set out again, as surviving in Senegal has become impossible. The night engulfs everything, the adieu to his friends and the tale of his first crossing. Light is no longer part of his world. It has been left in the village on the women’s tearful faces and the graves.” (Yann Lardeau) 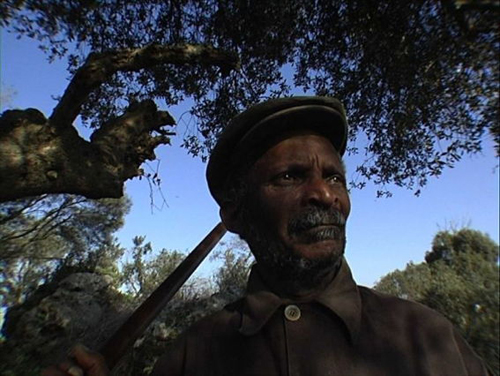 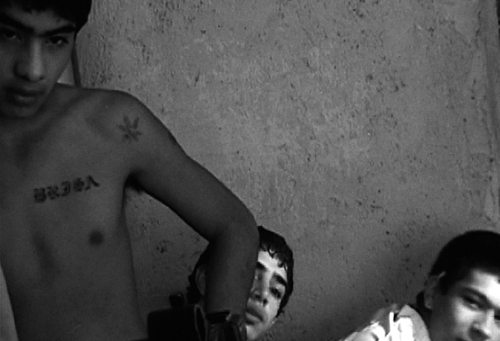 “Five dots examines the relationship between exercising punishment based on control over the body of the convicted subject and his resistance to power by virtue of his capacity to produce symbols. After a photography workshop in the reformatory for juveniles in Mendoza, Argentina, in which the authors of the present project intervened as mediators, the inmates were given the opportunity to draw a self-referential record based on their own symbolism and imaginary world—songs, phrases picked up in the street, invented by them, dreamed about, altered by remembrance. Finally, they were requested to recite, in front of the camera, excerpts of the “punishment technology” studies conducted by Michel Foucault in his book Discipline and Punish: The Birth of the Prison.” (Tomas Ochoa & Andriana Meyer). Courtesy the artist and KATZ CONTEMPORARY, Zürich 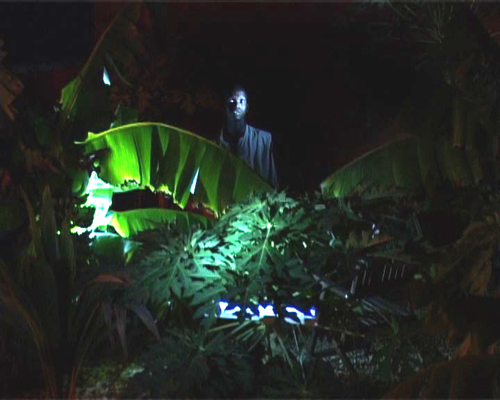 “Video or films shot in Africa are in most cases paternalist documentaries, or focus on exotic political issues, but rarely actual fiction and even less science-fiction. Kempinski respects the official documentary rules as nothing is scripted. Everything is improvised with a subtle “real” game rule shifting, and it’s the stereotypical sci-fi frames and music that make the piece mutate into a blurry fake fiction. Does faking a fiction, which is naturally fake, make it “real”? Interviewees simply had to talk about the future using the present tense, which undermines our expectations of Africa, while still being ” for real”. The interesting thing about the project, is that even though science fiction’s global culture is known there, most of what they said correlated to a more animistic universe, which surpasses my own understanding. Though I’m no expert on Mali, it seemed to highlight the two distinctive layers of a kind of their reality and society.“ (Neil Beloufa)