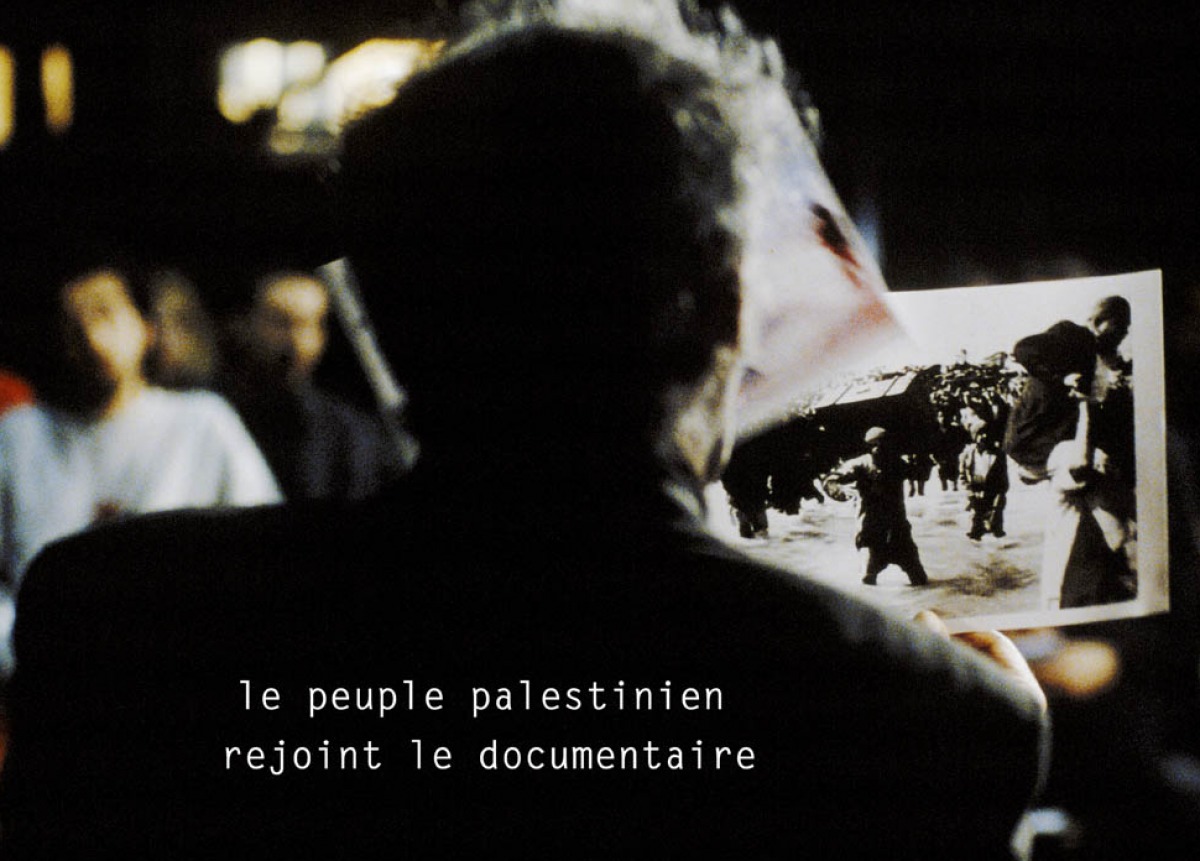 “Shot and counter shot do not imply any form of similarity or equality but they pose a question.” According to Jean-Luc Godard, montage, as the essence of cinema, does not solely consist of putting one image in juxtaposition or in opposition to another or to draw together heterogeneous elements; its purpose is rather to create a space of thought in which the possibility exists that one reality inhabits another. This stance also characterises Godard’s approach to two recurrent themes that form a constant thread throughout his oeuvre: the Jewish question and the Palestinian question. The Jewish issue AND the Palestinian issue, Jew AND Muslim: bringing up these connections promptly instigate criticism and discord. This “forbidden montage” is the central theme of the eponymous online project (montageinterdit.net) developed by documentary filmmaker Eyal Sivan. The project aims to generate critical reflections on montage and its possible meanings within a political debate. According to Sivan, by using a databank of fragments from Godard’s work, the project seeks to “show that the islamophobia and racism now spreading through Europe have their roots in the Jewish question and antisemitism”. In this DISSENT! session Sivan discusses what this “forbidden montage” amounts to. What does it mean to bring two elements together and weigh one up against the other with the aid of a montage as, dixit Godard, “the scales of justice”?

Eyal Sivan is a documentary film maker and theoretician. Born in September 1964 in Haïfa Israel, Eyal Sivan grew up in Jerusalem before moving to Paris in 1985. From early on in his career, his writing and films have critically examined Israeli society and the occupation of Palestine, as well as broader themes of national identity, collective memory and civil disobedience. Recent projects include “Common state”, a reflection on the one-state solution for the Israeli-Palestinian conflict, and “A Common Archive for 1948 Palestine”, which seeks to bring together testimonies of Palestinian refugees and Zionist perpetrators of the Nakba.

DISSENT ! is an initiative of Argos, Auguste Orts and Courtisane, in the framework of the research project “Figures of Dissent” (KASK/Hogent), with support of VGC.