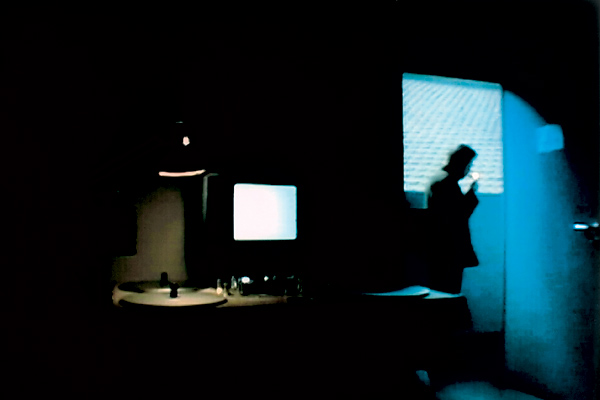 “We have to do away with this notion of urgency associated with politics, because it’s the contrary of love. That’s where it starts. Politics is love.” The politics of Pedro Costa’s cinema has nothing to do with the instructive demonstration of injustice or the uncovering of mechanisms of exploitation or repression, but with a committed search for an approach that lives up to the capacity of anyone. This politics is most present in the films he has been making, since the mid 1990’s, in Fontainhas, a poor and insular Lisbon neighborhood, where he uses minimal means to depict its habitants in all their grandeur. This is a cinema of desire and conviction: the desire to take the time and the risk to capture the essence of people and things, the conviction that cinema not only has to witness the wealth of the world – the wealth belonging to anyone – but also has to return it, as condensations of light and color, bodies and objects, speech and silence. In this sense Costa’s work has a lot in common with the films of Jean-Marie Straub en Danièle Huillet, which he once described as “the fastest, the most furious, the most beautiful, sensual, ancient, modern.” While critical attention is all too often directed at the communist world view of Straub-Huillet, Costa particularly draws from the way in which they give cinematographic form to their ideas, as an unique and rigorous play of materialism, mysticism and humanism. In this DISSENT ! session Pedro Costa will use fragments from Où gît votre sourire enfoui? (2001), his portrait of Straub-Huillet, to discuss the ethics and politics underpinning their work. In the words of Jean-Marie Straub: “no political film without morality, no political film without theology, no political film without mysticism.”

One of the most important artists on the international film scene today, Portuguese director Pedro Costa has been steadily building an impressive body of work since the late eighties. Ossos, In Vanda’s Room, and Colossal Youth are the three films that put him on the map: spare, painterly portraits of battered, largely immigrant lives in the slums of Fontainhas, a neighborhood on the outskirts of Lisbon. Hypnotic, controlled works, these films confirm Costa as a provocative new cinematic poet, one who locates beauty in the most unlikely of places. (Criterion)

DISSENT ! is an initiative of Argos, Auguste Orts and Courtisane, in the framework of the research project “Figures of Dissent” (KASK/Hogent), with support of VG & VGC. Pedro Costa is also presenting ‘En Avant Jeunesse !’, ‘Ne change rien’ and ‘Centro Historico’ (Costa/Oliveira/Erice/Kaurasmaki) At Bozar on February 3rd. Pedro Costa’s visit to Brussels was initiated by ‘Ecole de Recherche Graphique’ (Erg).