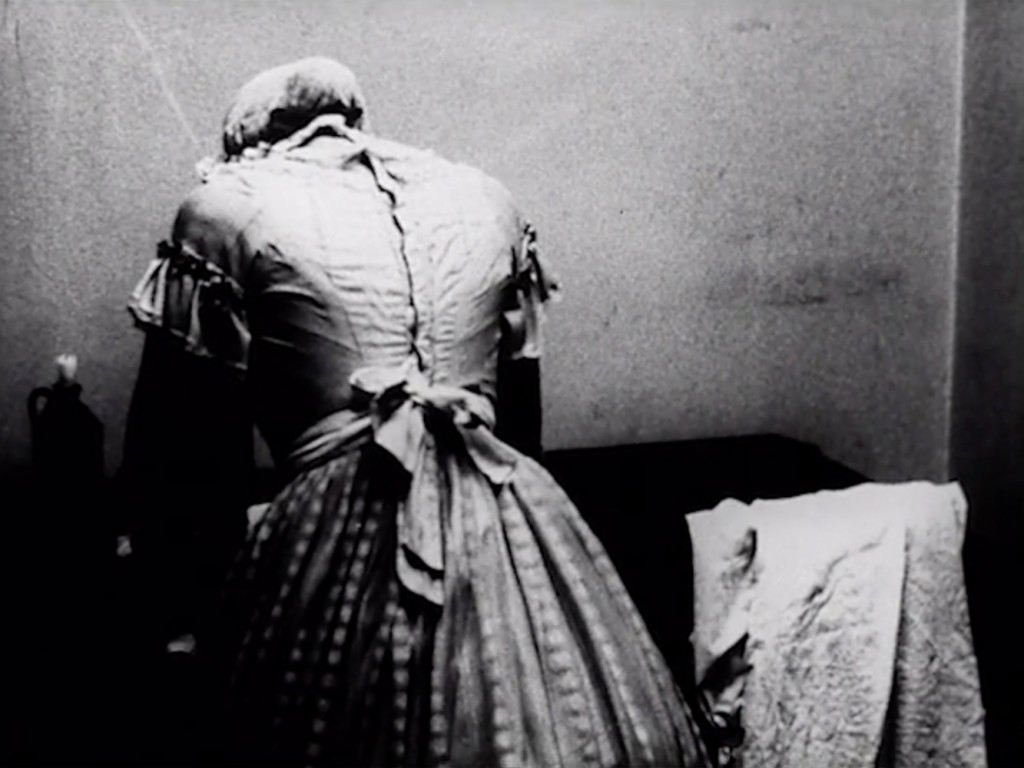 15 February 2016 20:00, Art Cinema OFFoff, Gent. Preview of the program In Between Times (Courtisane Festival 23 > 27 March 2016), which will present a selection of British films that have attempted to document and reflect on the changing political landscape in a period that stretches from the mid-1970’s to the beginning of the 1990’s.

An independent feature film about women in the sewing trade in the nineteenth century, about whom poets wrote, philanthropists raved, and finally government interest was stirred – bringing about legislation to protect them which formed the origins of the Welfare State. Made collectively with over 200 cast, crew, musicians, artists, historians, academics in various fields, womens’ groups and trades unions.
“The “slop-house’’ workers were a favourite of both the bourgeois and radical presses. They were horrified by the picture they saw of the single woman in this casually organized and over-supplied trade. Her independence and misery disturbed the hypocritical convention of the “protection of women” in the family and in the Law. Her person, as it was waged, starved and sexually active, disturbed the womanly ideal, the passive domestic consumer, that accompanied the rise of the bourgeoisie. She presented problems for the propaganda of social reformers and conservatives alike. However, the film is not a piece of historical detective work, awarding the unknown figures their proper (and final) recognition. The presence of the seamstresses was acknowledged in certain ways: the film is concerned with the forms which that recognition took. The motivation for making the film lies partly in the persistence of comparatively bad working conditions for women in the garment trade. But in addition to its specific historical material, The Song of the Shirt also constitutes a confrontation with a problem-area which has arisen within the economic and cultural conditions of independent filmmaking in England, and within feminist film analyses and practices of the past few years.” (Alison Beale)