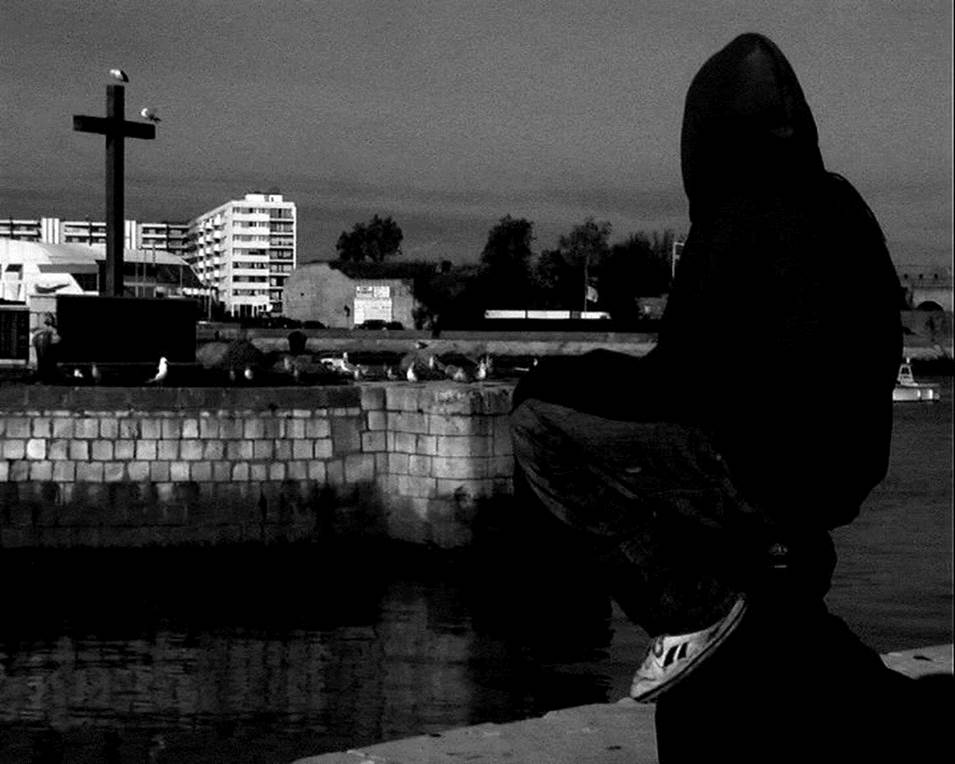 “Cinema not only bares witness to the struggle of migrants, it also offers the sensible world that responds to it: a world where there are not only makeshift tents, cold, hunger and grids, but also their transmutation in always changing spectacles, in movements and shimmering, in shadows and reflections. This is the most profound politics of Sylvain George’s films: not only in showing the capacity of the ‘wretched of the earth’ to live and think in accordance with the violence they are subjected to, but also in making them antecedently inhabit this world that is refused to them, the world where everyone has access to everything, including the superfluent and the artificial.”
– Jacques Rancière

Thousands of women, men and children, worn out after a long and terrible voyage, left to their own devices in what is considered as the largest slum of Europe, where they survive in inhumane and insanitary conditions. Without basic hygienic facilities, they face the constant threat of epidemics and infectious diseases. While local authorities increasingly impose restrictions on the work of health organizations and aid agencies, clashes with police forces and right-wing militants are deteriorating into a spiral of violence. To this dreadful situation, the state governement responds with more repression in the name of “security”. These are the facts that we all know about the “jungle” of Calais, as well as the more recent migrant camps in Dunkerque and elsewhere in the North of France and Belgium. For over eight years now Sylvain George has committed himself to give visibility to the living conditions of those suffering this injustice. Qu’ils reposent en révolte, the first feature film that resulted from this commitment, is composed of fragments that were filmed in Calais between Juli 2007 and November 2010. The film however does not merely offer an illustration of a utterly scandalous situation. The migrants depicted in the film do not correspond to the figures of victims silenced by oppression or of fighters crying for their rights. Instead of showing the clash of one violence against another, the film rather depicts how individuals rise their bearings and thoughts to meet the state violence inflicted on them. Instead of depicting them as eternal victims or “bare lives”, it shows their capacity to state their own history and take charge of their destiny. “Politically speaking, it is about standing up”, says Sylvain George, “about contesting these grey zones, these spaces or cracks like Calais situated somewhere between the exception and the rule, beyond the scope of law, where law is suspended, where individuals are deprived, stripped off their most fundamental rights. And that while creating, through some dialectic reversal, the ‘true’ exceptional states. Space-time continuums where beings and things are fully restored to what they were, are, will be, could be or could have been”.

DISSENT ! is an initiative of Argos, Auguste Orts and Courtisane, in the framework of the research project “Figures of Dissent” (KASK/Hogent), with support of VG.
In collaboration with STUK, Lieven Gevaert Centre and Hoger Instituut voor Wijsbegeerte (KU Leuven).