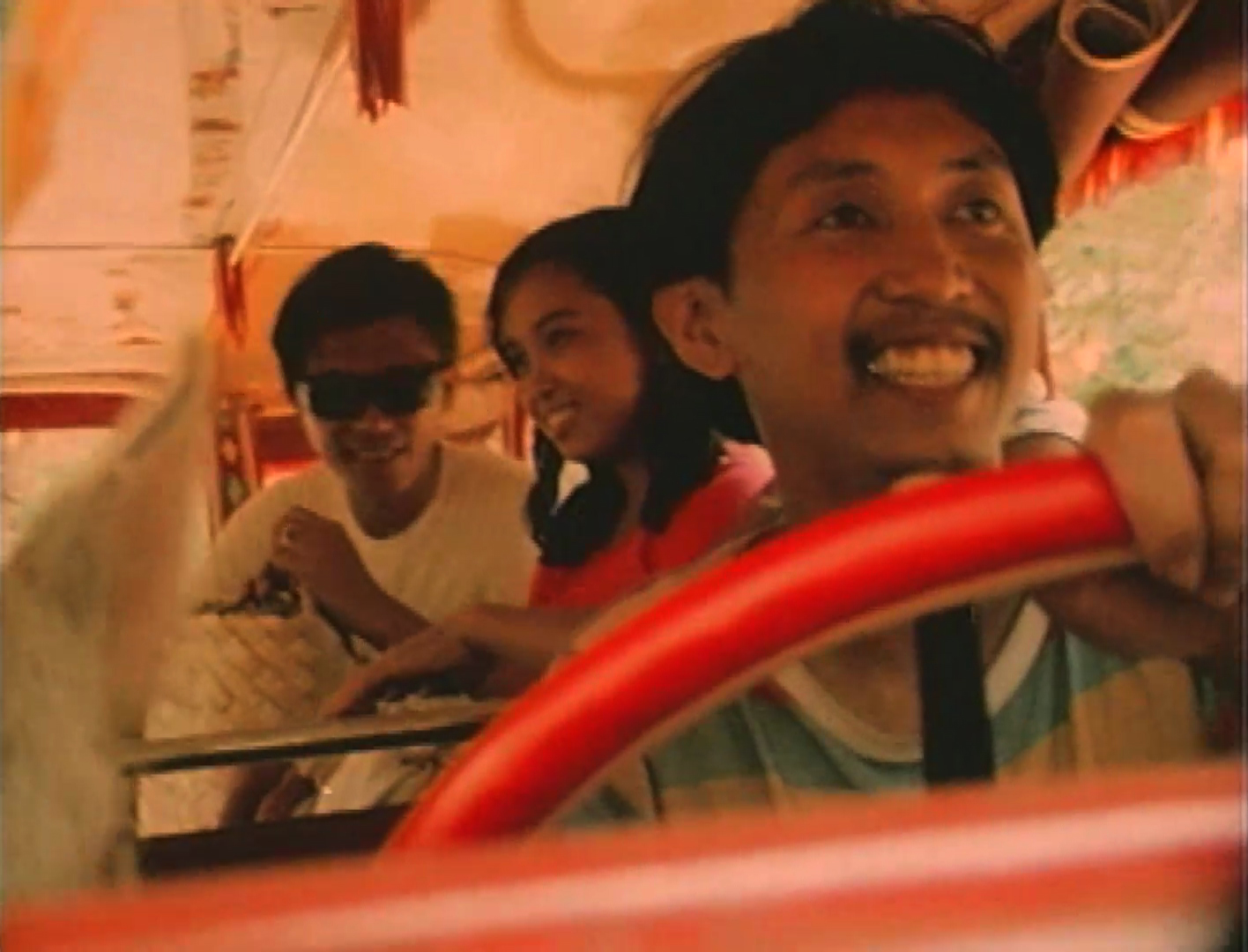 In the presence of Kidlat Tahimik.

“A cultural politics, a politics of daily life, which emerged in earlier decades but as something of an adjunct and a poor relative, a supplement, to ‘politics’ itself, must now be the primary space of struggle. This is indeed precisely what Kidlat’s film teaches us: that the other levels must be inscribed – from the sheerly eventful or punctual to the great class warfare of the national liberation struggle – but that today as never before we must focus on a reification and a commodification that have become so universalized as to seem well-nigh natural and organic entities and forms.”
– Fredric Jameson

Werner Herzog counted the film amongst the most original and poetic works of cinema made anywhere in the 1970’s. It reminded Susan Sontag that “invention, insolence, enchantment – even innocence – are still available on film”. And Fredric Jameson hailed it as a model example of how cinema could invent new geotopical cartographies within the landscape of late capitalism. But for all these words of praise, Perfumed Nightmare, Kidlat Tahimik’s first feature film, has overall remained a hushed secret within the dominant historiographies of cinema. If it is mentioned at all, the film tends to be associated with “Third Cinema”, a catch-all term that once embodied the hope for a new kind of cinema that could challenge the hegemony of the dream factories of Hollywood and Mosfilm, a hope that coincided with a political aspiration that was called “Third-Worldism”. Today, the idea of a “third” world or cinema seems to have become nothing less than an embarrassment in view of a time of globalization whose economic reality has, or so it appears, supplanted all possibilities of alternate ways of life or alternate modes of production. Perhaps this explains why a Marxist critic like Jameson is fascinated with the work of Kidlat Tahimik, which succeeds in remapping the new into the old and the old into the new, rather than aiming to simply replace or destroy old paradigms. In Perfumed Nightmare (1977) Tahimik plays a jitney driver in a Philippine village who dreams of becoming an astronaut or at the very least to strike it rich in the land of dreams which is the United States. He makes it as far as Europe, where a series of rude and comical awakenings unfolds and Kidlat learns that the modern Western world is far from paradise. In the follow-up film, the self-proclaimed “third-world space spectacle” Who Invented the Yo-Yo? Who Invented the Moon Buggy? (1979), our hero finds himself as a guest worker in the Germanic lands of “Yodelburg,” where he dreams of organizing the Philippines Official Moon Project. After all, even the global juggernaut of the American space program can’t get to the moon without Philippine innovations: the yo-yo, the early cousin of the gyroscope, which was placed on spaceships to the moon, was invented by Philippine tribesmen, while a Filipino living in the U.S. created the moon buggy. Both films, as Sontag pointed out, “makes one forget months of dreary moviegoing”. Like the festooned “jeepny” that Tahimik’s character constructs from an abandoned U.S. Army vehicle, they create something wholly original and imaginative from the discards of colonialism, like a pair of omnibuses hovering back and forth between different worlds with generous hilarity.

In collaboration with Arsenal – Institute for Film and Video Art, Cinematrix distribution and the Birkbeck Essay Film Festival.