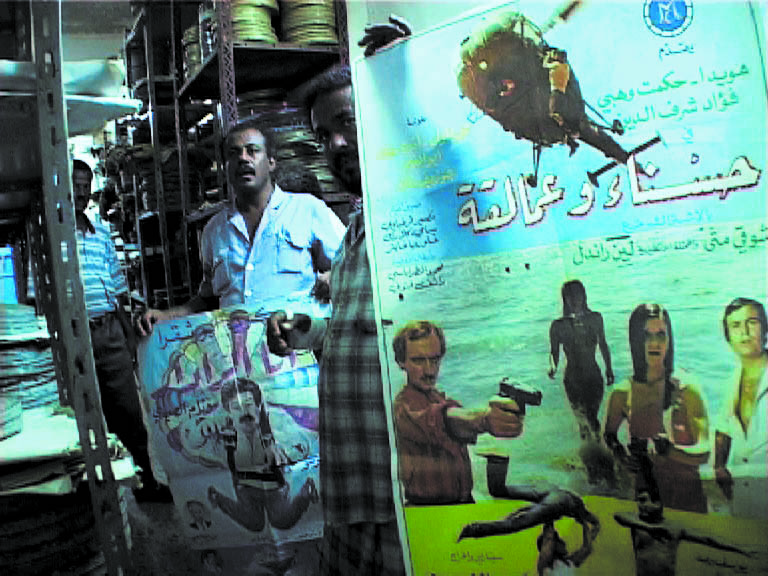 “We have always feared that it would start again. In fact, we never really believed it was over, hence our focus on latency, on the state of what exists in an unapparent manner but can, at any time, manifest itself. Traces, recollections that become ghostly and haunt, the photographs, the films and the documents, whether true or false. This latency coincides with an ambiguous relation to images, as we have been working on them since the end of the Lebanese civil war.”

What are the stories that can be told about a region that continues to be submerged in turmoil and chaos? What narratives are left to write when the thread of History is broken? How to devise fictions that can give new visibilities to places that have been overdetermined by images of violence and suffering? From places like these we tend to expect testimonies of suffering and death. We are used to consume info-bites larded with descriptive captions and knowledgeable commentaries. In the films and installations of Joana Hadjithomas and Khalil Joreige we get none of that. Instead, their work attests to what the violence inflicted by war has in common with the violence inflicted on its images: absence. A Perfect Day (2005) tells the story of a woman who has to decide whether to pronounce her long-disappeared husband deceased, entailing a transformation of a lack of visibility into a residue of words. In Khiam (2000-2007), a detention camp in South Lebanon, of which no images exist, is represented by way of spoken testimonies of six former prisoners. The Lost Film (2003) documents the artists’ search for a copy of their first film which has disappeared in Jemen, resulting in an interplay of images that are allowed and those that are forbidden, those that have been suppressed and those that have been preserved. Since the beginning of the 1990s, as Lebanon’s fifteen-year civil war came to an end, Hadjithomas and Joreige have explored the prism of invisibility and latency to tear the representation of their native country away from the dominant regimes of tele-information and propaganda that never stop producing images of war and wars of images. In defiance of the voices that lament that there are “too many images” or those that mourn that there is “nothing left to see,” their work has persisted in producing ways of seeing differently. This operation also involves the re-introduction of fiction in a landscape that supposedly no longer allows it. In Je Veux Voir (2008) fiction is introduced by way of two bodies, belonging to two different actors who play themselves: Catherine Deneuve, the French film star who wants to see the effects of the war of 2006 with her own eyes, and Rabih Mroué, the Lebanese artist-performer who acts as her guide while admitting to feel “like a tourist in his own country.” Together these two out-of-place bodies carve out a singular trajectory through the landscape of ruins and rubble, at the same time recomposing its visibility and displacing the expected sentiments of good-willed commiseration and reductive generalization. In The Lebanese Rocket Society (2012), the search for fictions takes us to a past time of dreams and aspirations, in particular to a moment when a group of students and researchers attempted to develop a Lebanese space program. How does this echo from a forgotten history resonate in a time when the dominant imaginary evokes missiles rather than rockets? Hadjithomas and Joreige take this question to its limits by building a rocket identical to the original and moving it through the streets of Beirut. Introducing fiction in the present by giving presence to what is absent: this remains the main principle of what has established itself as a singular art of resistance, an art that keeps on redrawing the landscape of the visible.