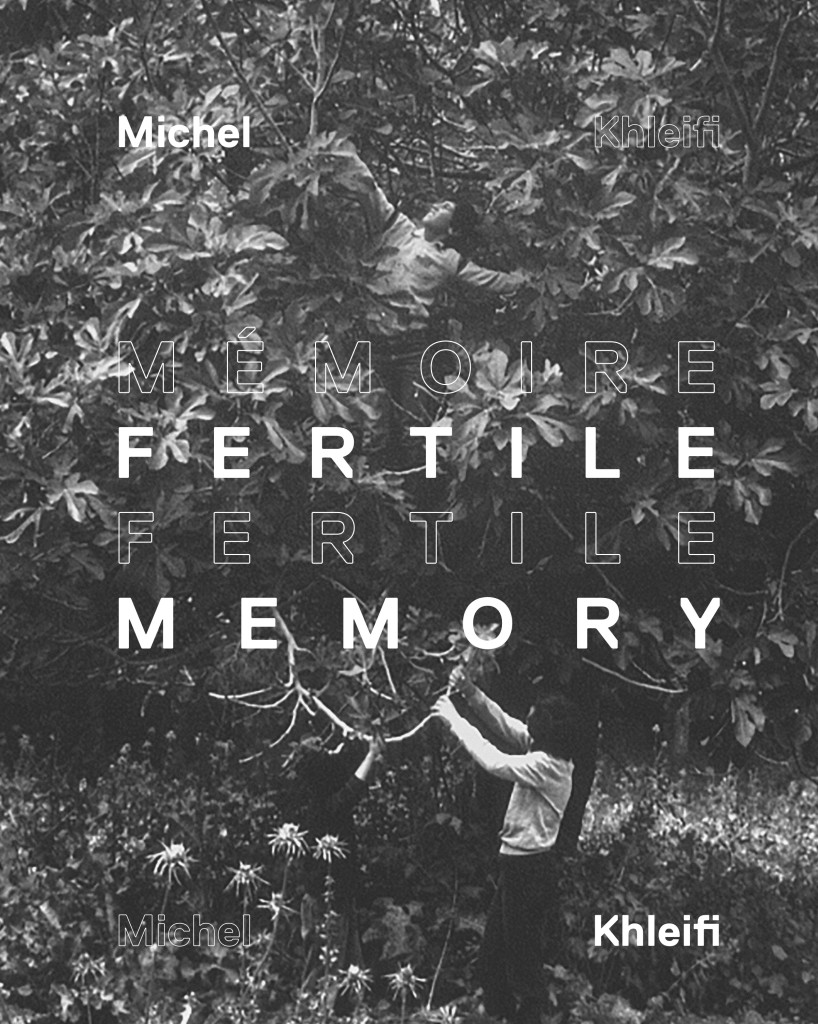 Publication compiled on the occasion of a retrospective film programme dedicated to Michel Khleifi, organized by CINEMATEK and Courtisane (Brussels, 26 September – 05 November 2019).

“What we see on the screen, or in any picture representing the solidity of Palestinians in the interior, is only that, a utopian image making possible a connection between Palestinian individuals and Palestinian land.”

It’s been almost four decades since Edward Said wrote this passage on Michel Khleifi’s first film, Sadh-dhakira al khisba (Fertile Memory, 1980), but it has lost none of its expressive force. For Said, the film managed, with astonishing precision and beauty, to call up the memory of his own mother and all those who have had their land seized by the Israeli state. In seeing the moment when one of the women portrayed sets foot on her own land that has been “repossessed” by Israelis, but that she stubbornly refuses to sell, Said was reminded of how separated he was from the experience of an interior that he could himself not inhabit. “At once inside and outside our world” was how he described the experience of exile, one that Michel Khleifi himself is not unfamiliar with. In September 1970, the month that would become infamous as “Black September”, Khleifi left the city of Nazareth in Galilee and found refuge in Brussels, where he devoted himself to the art of cinema. It was only a decade later that he returned to the place of his birth to shoot Fertile Memory, the first full-length film ever to be shot by a Palestinian filmmaker within the disputed West Bank “Green Line”.

Fertile Memory portrays the lives of two women bearing the weight of a double occupation: both the burden of Israeli domination and the restrictions of a patriarchal society. By showing the lived contra- dictions of life under occupation, Khleifi’s film marked an important shift in the history of Palestinian cinema, one that he would explore further in his subsequent work. In Urs al-Jalil (Wedding in Galilee, 1987), which was awarded the International Critics Prize at Cannes, the guests at a wedding are contorted between the modern military power of the Israeli occupant and the archaic patriarchal authority of the local government. In Nashidu alhajar (Canticle of the Stones, 1990), the love that is refound by a couple, since their forced separation during the war of 1967, is contrasted with the violence raging on the streets of Jerusalem during the first Intifada. In these and subsequent films, Khleifi, time and again, shifted the dividing lines between reality and fiction, between document and narration, in order to give form to the complexity of a world that is all too often reduced to commonplaces and newspeak.

The films by Michel Khleifi inevitably bear the traces of the turbulent times that Palestine-Israel has gone through in the past decades. Fertile Memory was finished just before the Lebanon war broke out; Wedding in Galilee was released shortly before the beginning of the First Intifada; Route 181 (2003), in which Khleifi and Eyal Sivan trace the demarcation line put forward by the UN in 1948, was made right after the outbreak of the Second Intifada, which led to the blockade of the Gaza Strip. Today, violence is once again on the rise and a solution seems to be further away than ever. As the continuity of land increasingly disappears from the lives of Palestinians, and narratives claiming the inevitability and irreversibility of the Israeli-Palestinian conflict gain ever more traction, could Michel Khleifi’s “utopian images” still have something to say?