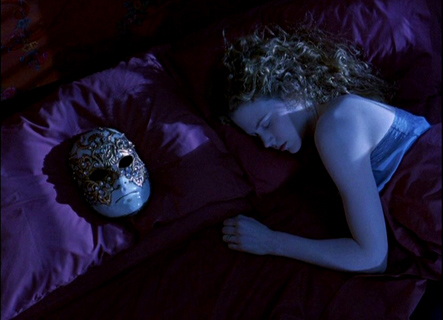 “The fundamental right has become the right, as Homi Bhabha puts it, to narrate; the right to tell your story; to formulate the specific narrative of your suffering”
— Slavoj Zizek, in converstation with Glyn Daly

While doing some research for the Here We Are Now program, I came across a captivating book by Eva Illouz, entitled Cold intimacies: the making of Emotional Capitalism, which provides some insights into the rise of contemporary tendencies of self exposure and selfploitation (see also previous posts). Illouz’ thesis is that capitalism has fostered an intensely specialized emotional culture. Looking through the prism of emotions, she uncovers that the conventional division between the public (traditionally seen as a-emotional) and the private doesn’t hold up. She describes how throughout the twentieth century a new culture of emotionality has been established, mainly informed by the language of therapy. After WWI, the overall success and institutionalization of psychoanalysis and psychology, and the accompanying narratives of selfhood, led to a pre-occupation with emotional life and the development of a variety of techniques to apprehend and manage these emotions. The therapeutic culture was not only foregrounded in the context of “the family”, but also made its way to the workplace, as the psychological discourse – focusing on personal emotions and motivations – was able to make sense of the large-scale transformations that haunted corporate culture, on the threshold of the so-called post-industrial society. All behavioral theories converged around one leading cultural model: that of “communication” (or rather communicative competence). The concept and practice of communication was presented as both a set of techniques and an ideal definition of self, but it has also increasingly been applied to corporate selfhood. Today, communication is considered as an emotional skill which enables to successfully navigate the contemporary workplace, with its specific hierarchies, tensions and contradictions. “The economic sphere”, Illouz writes, “far from being devoid of emotions, has been on the contrary saturated with affect, a kind of affect committed to and commanded by the imperative of cooperation and a mode of settling conflicts based on ‘recognition’.” Illouz calls this intertwining of economical and emotional spheres ‘emotional capitalism’.

“a culture in which emotional and economic discourses and practices mutually shape each other, thus producing what I view as a broad, sweeping movement in which affect is made an essential aspect of economic behavior and in which emotional life – especially that of middle classes – follows the logic of economic relations and exchange. … Market-based cultural repertoires shape and inform interpersonal and emotional relationships, while interpersonal relationships are at the epicenter of economic relationships. More exactly, market repertoires become intertwined with the language of psychology and, combined together, offer new techniques and meanings to forge new forms of sociability.”

If in corporate culture, psychological discourse made productivity an emotional affair, in the realm of intimacy the therapeutic narrative (highly influenced by liberal feminism) predicated pleasure and sexuality on the implementation of ideas of “emotional health” and “healthy relationships”. However, argues Illouz, the intertwining of therapy and feminism, and the resulting norms of equality and freedom, have also produced a process of rationalization. Emotions and intimate relationships have increasingly become things to be evaluated, measured, quantified and categorized (“emotional intelligence”, for example, is an instrument of classification), which has given rise to an “emotional ontology” – the idea that emotions can be detached from the subject, to be inspected and bargained. As in the corporation, communication – characterized by neutral modes of expression and negotiation – is here the model at once describing and prescribing relations.

“The cultural persuasions of therapy, economic productivity, and feminism intertwined and enmeshed with one another and provided the rationale, the methods, and the moral impetus to extract emotions from the realm of inner life and put them at the center of selfhood and sociability in the form that has become widely pervasive, namely the model of communication… Through the cultural medium of psychology , the private and public spheres have become intertwined with each other, each mirroring the other, absorbing each other’s mode of action and justification, and ensuring that instrumental reason be used in and applied to the realm of emotions, and , conversely, making self-realization and the claim to a full emotional life become the compass of instrumental reason.”

“Recognition” is key here. Illouz argues that the model of communication which has pervaded our emotional lives and social relationships contains and performs the “new demand that one be recognized by others and recognize others.” It’s this narrative of recognition, which combines the aspiration to self-realization with the claim to emotional suffering (We live, in the words of Robert Hughes, in “an increasingly confessional culture, one in which the democracy of pain reigns supreme”. Identity is defined by its psychic lacks and deficiencies, which is incorporated back into the market through injunctions of self-help), that has made emotions into micro public spheres, “domains of action submitted to a public gaze”. This process of publicly exposing the private self finds its most potent expression on the internet, “a technology which presupposes and enacts a public emotional self and in fact even makes the public emotional self precede private interactions and constitute them.” Illouz considers the internet as a supremely psychological technology, in the sense that it presumes a psychological understanding of the self, and encourages a psychological model of sociability. It’s through the permeation of the cultural imaginary of psychology that the practices of self exposure on the Internet have to be understood.

“…the psychological persuasion has made the emotional self into a public text and performance in a variety of social sites such as the family, the corporation, support groups, television talk shows, and the Internet. The transformation of the public sphere into an arena for the exposition of private life, emotions, and intimacies which has characterized it for the last twenty years cannot be understood without acknowledging the role of psychology in converting private experiences into public discussion. The Internet is the latest development in this process, as it presupposes a psychological self which can apprehend itself through texts, classify and quantify itself, and present and perform itself publicly, its problem being precisely how to convert that psychological performance back into a private emotional relationship.”

If in industrial and even advanced capitalism we could easily shift back and forth between the “strategic” and the purely “emotional”, the main cultural problem in contemporary culture, according to Illouz, is that it becomes more and more difficult to shift from the strategic (or the economic) back to the emotional. We are increasingly stuck in a condition of “hyperrationality” which has commodified and rationalized the self. The standardization and scripting of intimacy and the ways we talk about it (using a vocabulary more and more dictated by the market), weakens our capacity for nearness, for passionate and intuitive thinking and, perhaps most of all, for fantasy. True enough: fantasies have never been as abundant and multiple in a culture which incessantly engineers them, yet they may have become entirely self-generated and sterile, as we are drifting afloat in a hyperrational world of endless choice and market logic, dominated by an overwhelming sense of tiredness and cynicism (sure, we are aware of the distance between mask and reality, but nonetheless still insist upon the mask). The deeper we descend into the fantasmatic netherworld, the more fatuous and empty it appears. As Zizek, ruminating on Kubrick’s Eyes Wide Shut, wrote: ”It’s not that fantasy is a potent abyss of seduction that threatens to swallow you but quite the opposite: that fantasy is ultimately sterile”. And still we continue to fantasize about fantasy, only to avoid confronting the inevitable disappointment.