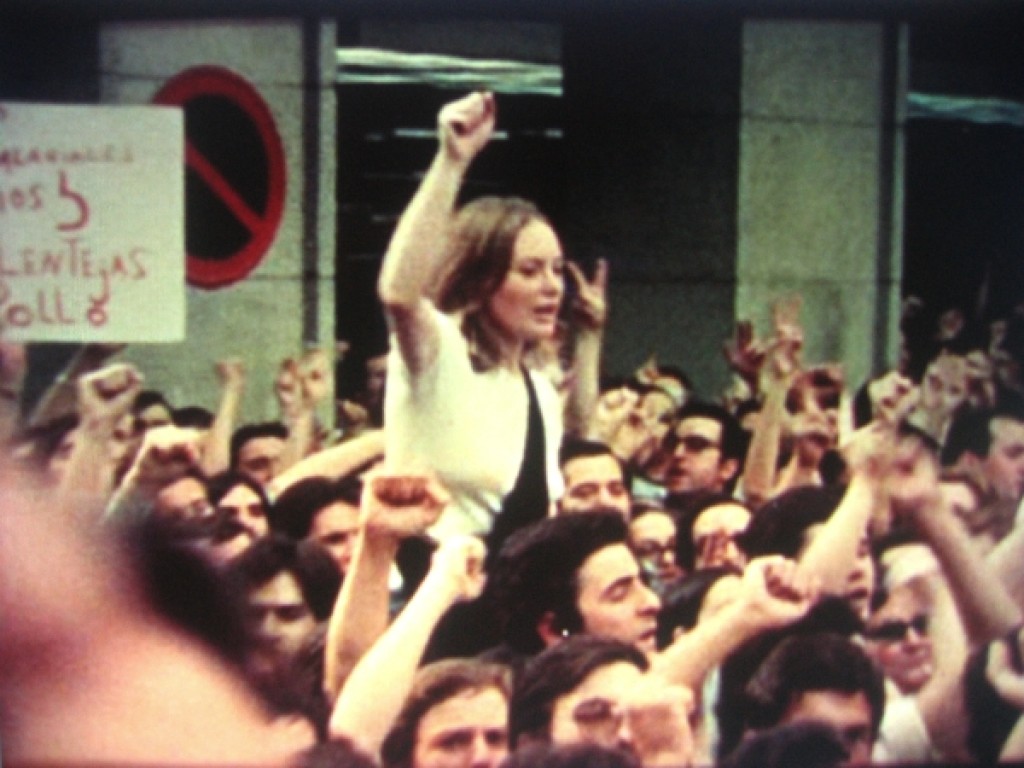 “Politics is inseparable from cinema, in a very obvious way. Even a Doris Day comedy has an ideological charge to do with morals, ethics, behaviour… Rather than lock myself in an ivory tower and peek out only rarely, I jumped into the street right from the start. That’s what you need to do if you really want to get involved and question social codes in a context of change. Codes affect everything.”

For over five decades, Catalan filmmaker Pere Portabella (°1929) has ranked among the most important protagonists of Spanish cinema. He began his career in cinema as the producer of Carlos Saura’s Los Golfos (1959) and Luis Buñuel’s Viridiana (1961), the latter of which was awarded with the Palme d’Or at Cannes, but banned by the Spanish authorities under the Franco dictatorship. After having his passport confiscated as punishment for his involvement in the film’s production, Portabella started to search for ways of making cinema independently, outside of the government controlled system of production and distribution. This led him to explore the possibilities of a film language that would be able to at the same time reflect the political reality of his country and counter the conventionalism of an official cinema that was not prepared to go against the grain. In magnificent films such as Vampir – Cuadecuc (1970) and Umbracle (1972) Portabella set out to deconstruct cinematic myths and codes, in particular pertaining to horror and vampire films, in order to arrive at critical reflections on the monopolies of both political dictatorship and mainstream cinema. Following these investigations into the politics of representation, he went on conducting concrete examinations of the representation of politics in films such as El Sopar (1974), a clandestinely produced observation of a discussion between a group of former political prisoners. Shortly after Franco’s death, Portabella documented the last gasp of the Franquismo regime in Informe General (A General Report on Some Matters of Interest for a Public Screening, 1976), a nearly three-hour inventory of the political situation in Spain during a phase of radical change, bringing to light the debates amongst politicians, labor unionists, activists and artists that centered on one solitary question: How does one go from a dictatorship to a democratic state? The year after, Portabella was elected state senator in Spain’s first democratic election, which led to his participation in drafting the new Spanish constitution. He has also been a member of the Parliament of Catalonia and is since 2001 the president of Fundación Alternativas, a think-tank which aims to act as a channel of political, social, economic and cultural thought. These years of experience in the arenas of politics and culture have doubtlessly informed the making of Portabella’s new film, which serves as a kind of a sequel or companion piece to Informe General, closing a diptych that bridges almost forty years. This second “General Report”, subtitled The New Abduction of Europe, offers a kaleidoscopic fresco-in-motion of another time which in his view is “historic and unrepeatable”, an unhinged time when the institutional political landscape is reconfigured by a diagram of multiple open and changing nodes that respond to the profound systemic crisis that has taken a hold on Europe and beyond.