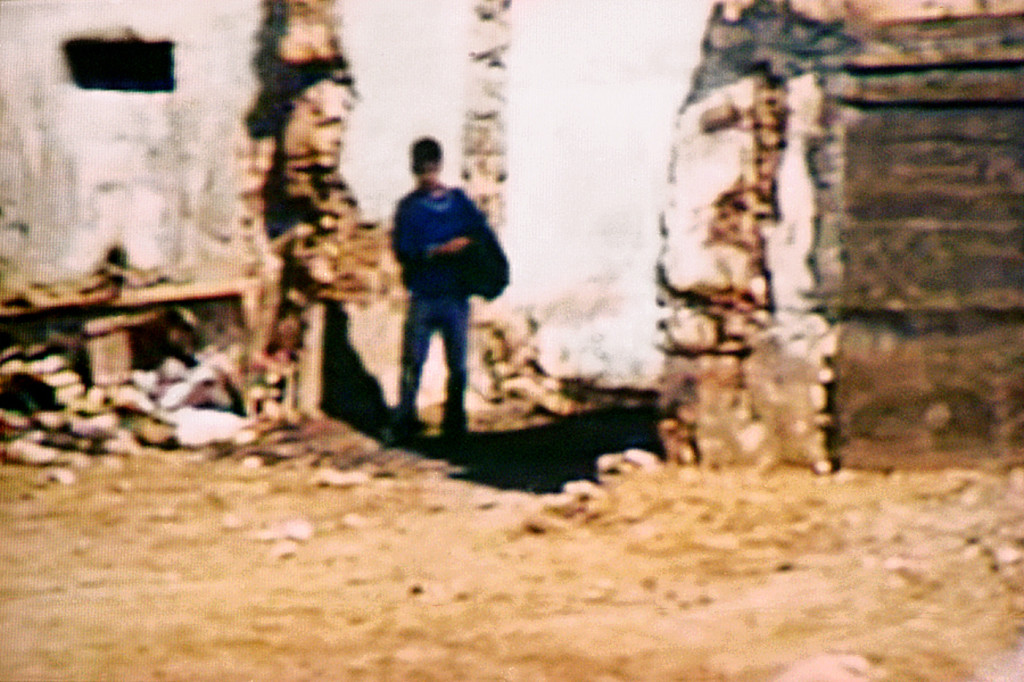 THIS EVENT HAS BEEN CANCELLED

Conversation with Kamal Aljafari, preceded by a screening of Recollection (2015, PS/DE, 70’).

“For many years, I have been collecting Israeli fiction films shot in Jaffa as early as 1960. These are films in which Palestinians are disappeared, yet also exist at the edge of frames, visible in traces. Preserved also is a city; alive again in moving images, its gradual destruction over the  decades chronicled film by film. From the footage of dozens of films I have excavated a whole community and recreated the city. Though out-of-focus, half-glimpsed, I have recognized childhood friends, old people I used to say good evening to as a boy; my uncle. I erased the actors, I photographed the backgrounds and the edges; and made the passersby the main characters of this film. In my film, I find my way from the sea, like in a dream. I walk everywhere, sometimes hesitant and sometimes lost. I wander through the city; I wander through the memories. I film everything I encounter because I know it no longer exists. I return to a lost time”.
– Kamal Aljafari

Elias Sanbar once said that “Palestinians have dwelled in two worlds, the world of invisibility and the world of disappearance.” How does one engage with what has already disappeared or is in the course of disappearing? How does one reclaim what is occupied, ruined, erased? How does one articulate the presence of an absence, in defiance of narratives that continue to proclaim the emptiness of a land and deny the existence of a people? For Kamal Aljafari, the space for reclaiming is cinema. In searching for what is lost, it is cinema that comes to resemble a place called “home”. It is cinema that becomes a space that allows to inhabit what is no longer there, or what is readily vanishing. The place that he aims to cinematically reclaim is the city where he grew up, Jaffa. Located in the south of Tel Aviv, Jaffa used to be the most important Arab city in Palestine during the British Mandate. In 1948, most of its houses were either evacuated or destroyed and the ancient city was incorporated within the municipality of Tel Aviv, as the Palestinian population was reduced from 80,000 to 4,000. Today, a violent process of gentrification is taking place, carrying out a systematic demolition of the remaining Palestinian houses to make room for new city developments. In order to counter this continuous undertaking of erasure of presence and identity, Aljafari has paradoxically conducted another act of erasure, on that directly intervenes in the cinematic representation of his city of birth. From dozens of films that were shot in Jaffa between the 1960s and 1990s, the majority of which excluded all Palestinians, he removed the main actors in order to give attention to the figures that have remained in the background: the ghosts and traces that testify to a presence that is declared absent, the presence of those who, as Aljafari says, have been “uprooted twice – in reality and in fiction”. In respons to Jaffa’s disappearance from both geographical and imaginary landscapes, disappearance is redeemed as an act of reemergence, an act of “cinematic justice” reclaiming the territories that have been dispossessed. Gestures of erasing and reframing become a form of recollection, one that resurrects from the landscapes of the past the very traces of an existence that was purged from them: the existence of the Palestinians.