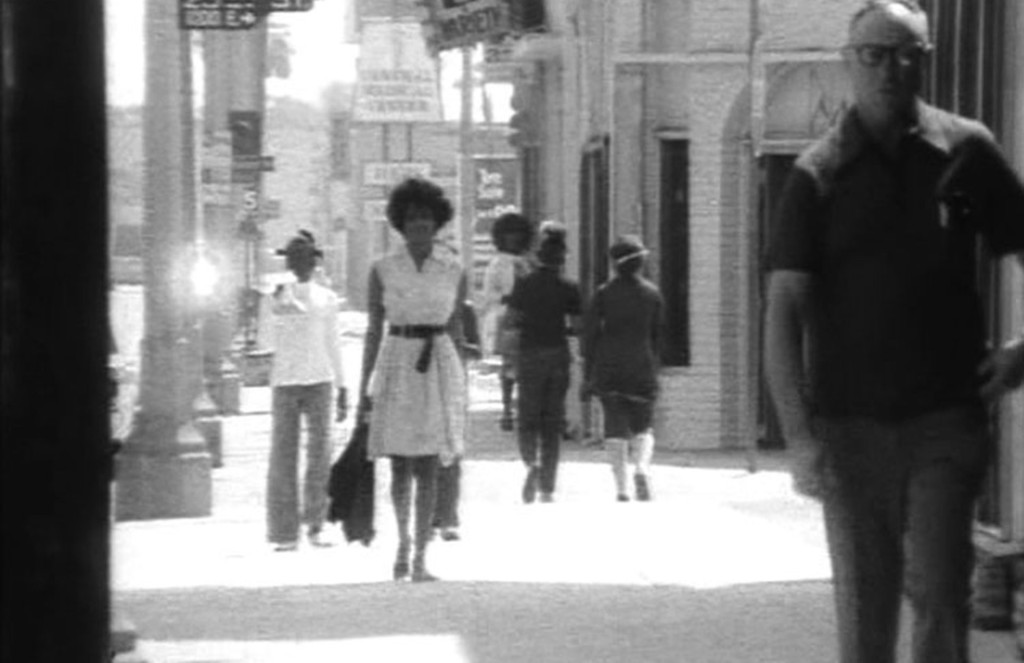 Screening of Hour Glass (1971, 13′) and Bush Mama (1975, 97′), followed by a conversation with Haile Gerima. As part of a retrospective dedicated to the work of Haile Gerima, which also includes a carte blanche program (8 April > 12 May).

“To this day when I watch Bush Mama, I’m in tears. Not because of my talent, it’s the talent of the community; but those things were real to me when I was a student. I see all my films as a staircase of emotional evolution. They have my dreams, my nightmares, my wishes, my fantasies, my rage, and so they’re never obsolete. I was responding to the time as a black man and how I felt excluded by the system that was prevailing. And many people feel that now. And so to me, it goes back into not doing movies for anybody else. Say this is a story I want to tell before I pass from this earth, and the film becomes relevant, however imperfect technically it is.”

“Play it again, Sam.” We certainly remember the catchphrase. We might even remember the song Sam is playing, just before Ilsa and Rick come to face each other for the first time since they parted ways many years before. But how much do we actually remember of Sam? What existence is this character given, besides being assigned the role of exotic sidekick? What kind of history is ascribed to him, besides having carried his piano all the way to Paris and Casablanca to accompany a love story between white folks? These were the questions that animated the debates that were held among some of the students of the University of California at Los Angeles in the late 1960s, some of whom would eventually set out to correct the distorted and orphaned representations of black people in Western cinema. Taking their cues from the wave of “Third cinema” which had emerged in Latin-America, Africa and elsewhere, these filmmakers regarded it as their mission to break free from the ideological and cinematic entrapment which tends to keep everyone in their place, tied up in their racial and social identities. One of the most diligent members of this movement, which has been branded “LA Rebellion”, is undoubtedly Haile Gerima. Born in Gondar, Ethiopia in 1946, he left for the US in 1967, where he studied theater in Chicago before enrolling in the film department of UCLA. It is there that he gave shape to his first short films, Hour Glass (1971) and Child of Resistance (1972), which were infused with the legacy of the Black Power and Black Consciousness Movements and the influence of the work of Frantz Fanon, Malcolm X and Angela Davis. The call for resistance against systemic injustice is even more pronounced in Gerima’s thesis film, Bush Mama (1975), which chronicles the political awakening of Dorothy, a welfare mother living in the Watts neighborhood, who decides to stand up against the economic, political, and social oppression that she and many others like her are subjected to. From the very start of the film, when we get to see actual footage of the LAPD harassing Gerima and his crew during the shooting, one cannot help feeling that the ongoing struggles in the US carry with them the ghosts of former struggles, and that today’s activist movements would not be the same without the politics of resistance which emerged after the Watts Rebellion of 1965. The liberationist, anti-colonial discourse that was so prominent at the time would also have a profound effect on another, equally powerful film that Gerima conceived during his time at UCLA, a film which saw him tracing back what he called “the actual footprints of my youth.” Shot during a stay of two weeks in his native Ethiopia in the tumultuous days following the overthrow of Haile Selassie, Harvest 3000 Years portrays a family’s struggle for survival under a feudalistic landowner, revealing itself as an anti-colonial allegory of class exploitation and a tribute to the collective dissent against “the harvest of centuries of oppression.” Since 1975, Gerima has tirelessly continued to explore the conditions and struggles of black existence in the US as well as the histories of oppression and empowerment in Ethiopia. His singular research has found a provisional culmination in Teza (2008), a film he started writing at UCLA, chronicling three decades in the life of an Ethiopian man who leaves his home in search for knowledge, only to find himself anguished by his country’s social and political crises.

The full program of the retrospective and the carte blanche (including films by Med Hondo, Jorge Sanjinés and Miguel Littín) can be found here. An initiative of Cinematek & Courtisane, in collaboration with the Embassy of USA, Le Jeu de Paume & Afrika Film Festival.