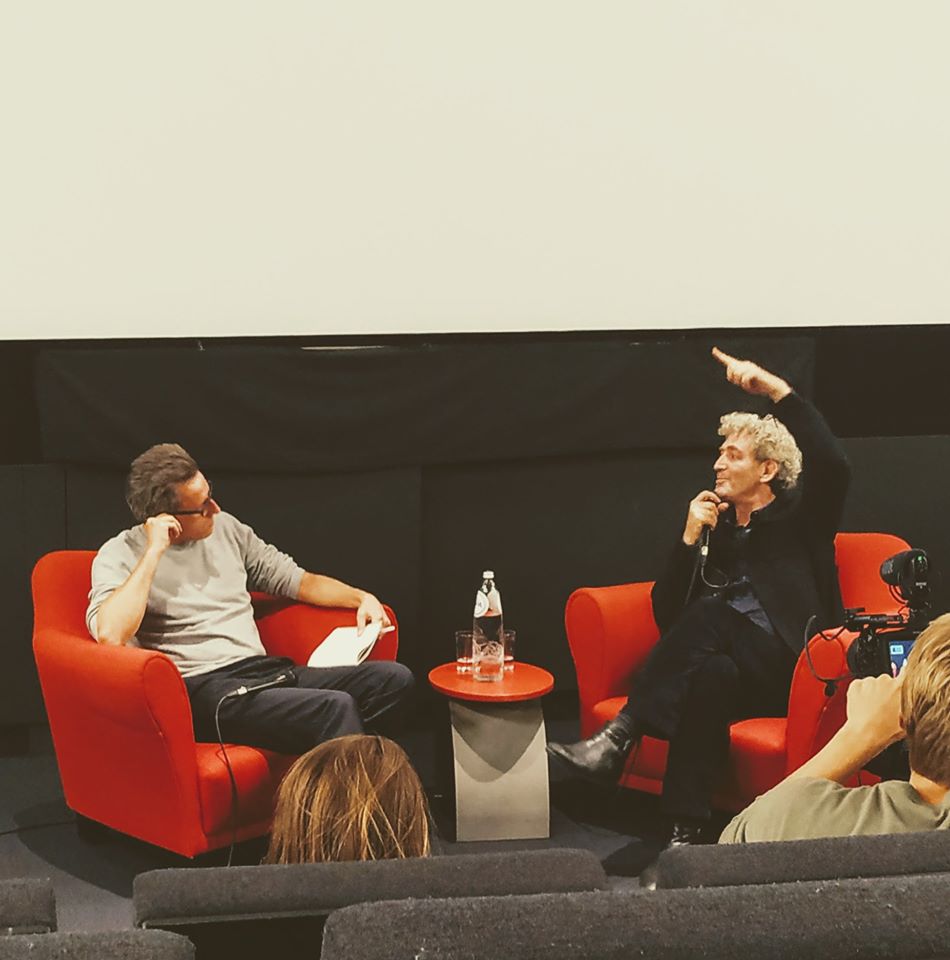 Conversation after a screening of Aus Liebe zum Volk (Eyal Sivan, Audrey Maurion, 2004) in the context of ‘1989: stories about Die Wende’, a program of screenings on the occasion of the fall of the Berlin wall 30 years ago, presented by CINEMATEK and Goethe-Institut Brussel.

Mr B has worked for twenty years as a public servant “in service of the people”. Out of love. An unconditional and absolute love for “his people”. A blind and destructive love. When the times change and the regime he adheres to is defeated, he becomes a social reject and life as he has always known it falls apart. Fired from his job, his “House”, Mr B. is left with nothing, no perspective, no future. He sits alone in this office which is no longer his. Once he walks out that door, he will never come back.

In February 1990, a few weeks after the fall of the Berlin Wall, the Ministry for State Security of the GDR is dismantled. This marks the end of the “Stasi”, the East German secret police. Major B. was a Stasi officer. Relieved of his duties, he delivers a detailed account of twenty years of his life and work within this institution.

Aus Liebe zum Volk is based on this extraordinary personal testimony, supported by never seen before archive footage. This is a film about surveillance and blindness, about faith and disillusion.